Polish SACRIVERSUM, death/thrash metal formation from Łódź is back! On the thirtieth anniversary of the band's founding, which suspended their activities in 2005, a re-edition of their debut album "The Shadow of the Golden Fire" will be released on CD. Its premiere will be combined with a reactivation concert. The event will take place on October 22 (Saturday) 2022 in Klubopiwiarnia "Warkot" at ul. Narutowicza 7/9 in Łódź. 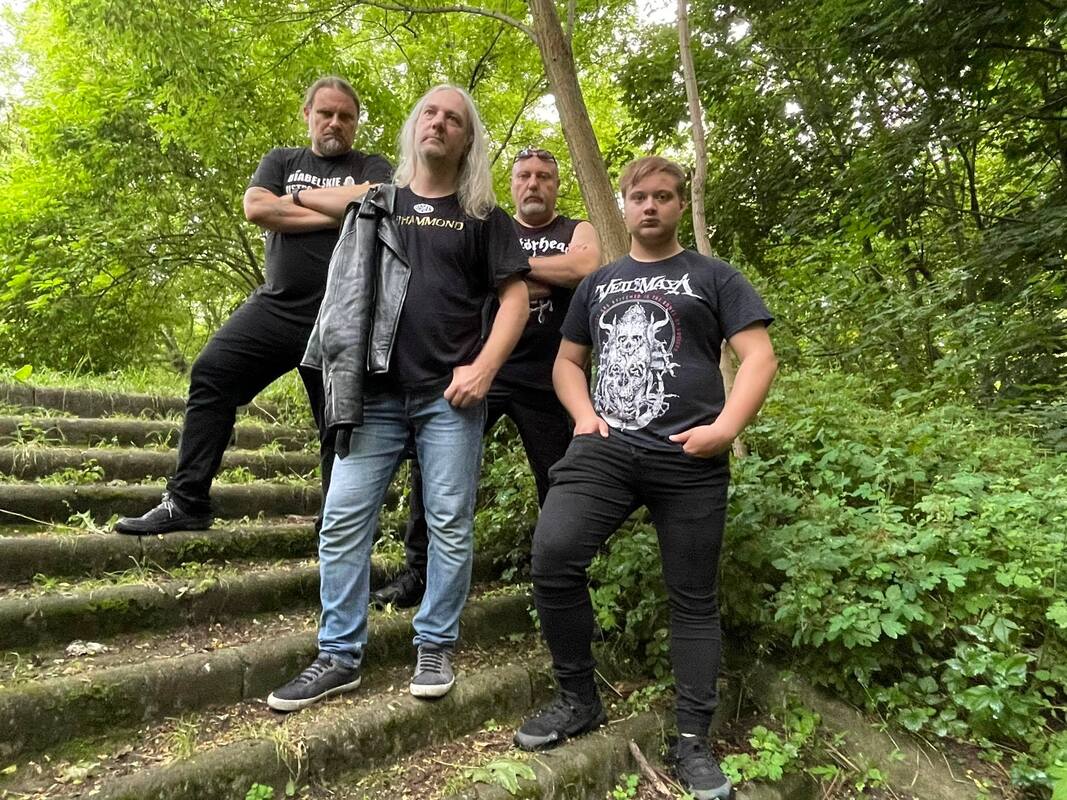 The album will be released by Thrashing Madness Prod., while the promoter will be Old School Metal Maniac Mag. As the co-founder, vocalist and bassist of Sacriversum, Remigiusz "Remo" Mielczarek, says, the intention to re-release the debut album gave a strong impulse to reactivate the band. - When Leszek, the boss of Thrashing Madness, called me with a proposal to re-release this album, the topic of reactivating the band immediately appeared, exactly on the thirtieth anniversary of its founding - Remo explains.

After releasing the demo "Dreams of Destiny" (Carnage Rec.) in 1992 and then the first album "The Shadow of the Golden Fire" (Baron Rec.) two years later, SACRIVERSUM began to undergo a period of intense stylistic and composition changes. Each of the following four albums was recorded with two vocal lines: the death metal growling was combined with a female, clear voice. This is how many bands played then, and the decade of the nineties was considered the time of the popularity of gothic metal. - We were looking for greater possibilities of expression then, composing with more keys and developing double vocal lines. In fact, many bands went that way: for example The Gathering, Theater of Tragedy, Orphanage, Within Temptation or our native Sirrah - says Remo. - Therefore, it has become inevitable to separate our fans into two groups: supporters of old death / thrash style and those who preferred a new, slightly less aggressive face of the band. Now there is the idea of ​​reactivating SACRIVERSUM back to the roots of the formation. - Before the pandemic, we intended to revive a band close to the late period - Remo explains. - Today, however, we want to recall the spirit of the early years. At the reactivation concert, we will only play songs from the demo and the first album. There will be no female vocals, we will be reminded in our home city of Lodz to old homies who remember our first days. On the thirtieth anniversary of the uprising, it is mainly of a sentimental dimension. Krzysztof "Baran" Baranowicz, keyboardist, co-composer of the repertoire from the debut album, returned to the band. Other musicians from that period could not be gathered. - The drummer, Michał "Ślepy" Ślebocki, unfortunately, is no longer alive. The guitarist Herszt could not take part in the reactivation for important reasons. Fortunately, we have a worthy replacement for both of them! - Remo rejoices. Krystian "MacKozer" Kozerawski, the guitarist of SACRIVERSUM in the last years of the band, whose compositions can be heard on the albums "Mozartia" and "Sigma Draconis", will play the guitar. A young, very talented musician from Łódź, Janek Traciński, will play the drums.

On Saturday, October 22, 2022, the band invites everyone - older and younger - fans of the band to the SACRIVERSUM reactivation concert, combined with the release (for the first time on a Polish CD) of their debut album. The invited special guests will also appear and their names are going to be reveal continuously
Added:11.07.2022