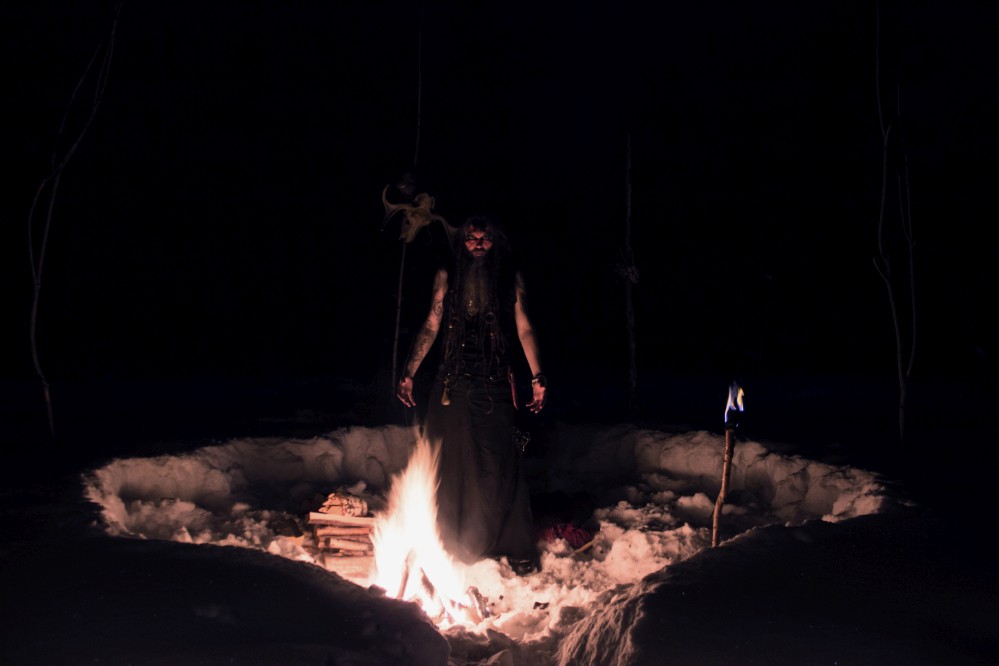 RIMTHURS, one of swedish black metal underground's best kept secrets, comes with the new album “Thursamál”. Album was released on CD 25th March 2022 by A.D.G Records.
This is a piece of black metal art with it's heart buried deep in the black soil of the north. Consisting of eight hymns of heathen ferocity, spiritual extacy and scandinavian melancholy it will take the listener on a journey through the deepest depths and highest peaks, through icy cold and scorching fire.
Rimthurs first crawled out of the misty depths of the mind of Niflfarinn in the mid-nineties and has previously through the years released two ep's and two albums on different underground labels.