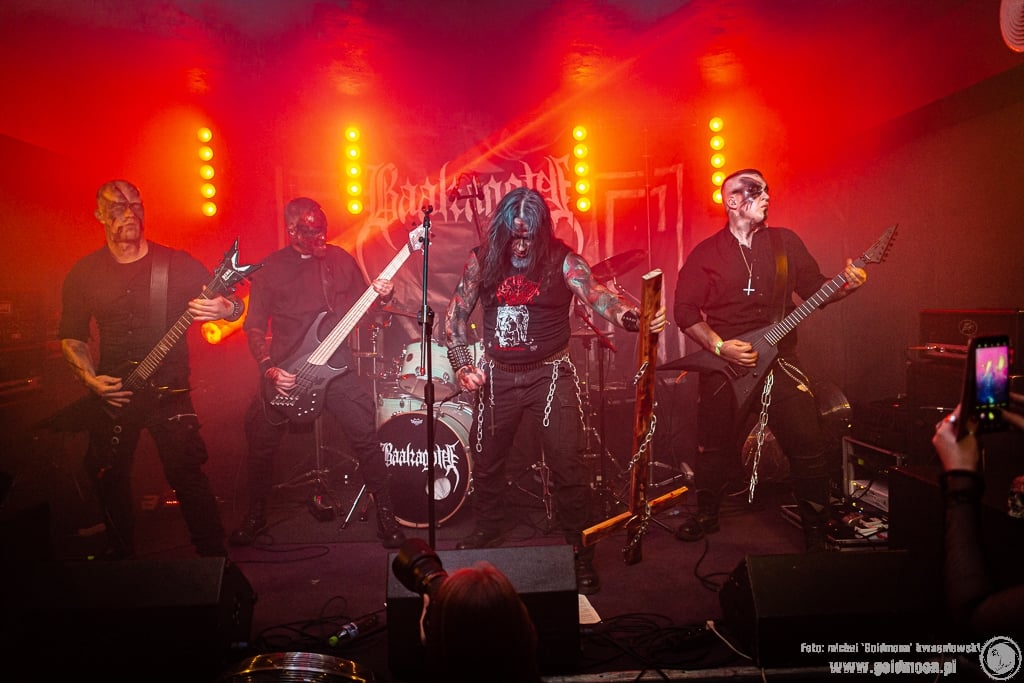 Soon, it would be available at all digital platforms (Spotify, Tidal, etc). Album is also released on physical format with cooperation of Polish label Mara Production (link here) as CD (jewelcase, digipak, with slipcase).

Music was recorded, mixed and mastered by Filip “Heinrich” Hałucha at Heinrich House Studio. In the past he cooperated with such bands as Azarath, Behemoth, Deus Mortem and Hate. Cover artwork by Jesus Lhysta “Rotted Artist” (Codex Nero, Hegony). Band photo by Michał “Goldmoon” Kwaśniewski.

Short biography of the band:
“Baalzagoth is an intergenerational band that started in 2019. The first rehearsals took place in August 2019. The intention of the band was to move towards old school death metal, but the material recorded for the first album, which is to be released in 2022, is embodied in the areas of death, black and doom metal. The themes of the songs are violence, death, existentialism and anti-religion. It is influenced by various inspirations, as well as the age range of each of the members. The youngest of them - the drummer, is currently 13 years old, and the group leader is 46 years old.”
Facebook https://www.facebook.com/baalzagoth/
Added:18.04.2022