The band comments:
"In '5 Billion Years', the protagonist is a troubled soul faced with the moral dilemmas of today’s day and age. With countless injustices in the world, from poverty and wars all the way to climate change, he cannot decide what cause to fight for. At the same time, the moral apostles tell him that their cause is the only right one, shaming him for not choosing their side. However, everyone always loses sight of the fact that everything we know today will no longer exist in the far future: It is scientifically proven that the sun is expanding and will swallow the earth in about 5 billion years, hence the title of the song. In the end, you should fight for what you believe is right, live your life the way you want to and ignore the critics."
Official, animated Music Video for the song "5 Billion Years"
(Premiere: March 19ᵗʰ, 2021)
YouTube link: https://youtu.be/iZuYxXTtd-Q
Production: Flock Of Crows Motion Design
Added:27.03.2021
"Age Of Fire" is the first single from the upcoming album "Hyperion" and was written by the band while they were locked down in Germany during the lockdown.
Musically, this Traditional/Power Metal epic features catchy melodies and backing vocals, a Neo-classical double guitar solo and eruptive double bass thrusts.
Lyrically, "Age Of Fire" is set as an epic fantasy tale of hope and despair, heavily inspired by the theme of the popular Dark Souls video game series.
Official, animated Music Video for the song "Age Of Fire"
(Premiere: Feb. 19ᵗʰ, 2021)
YouTube link: https://youtu.be/b7qkGJvZxzE
Production: Stereo 27 Productions
​You love it completely individual, contagiously fervent, thoroughly inspired as well as with the greatest possible devotion?
Then get prepared for 100 % genuine and overwhelming listenable EPIC HEAVY METAL of the highest order! 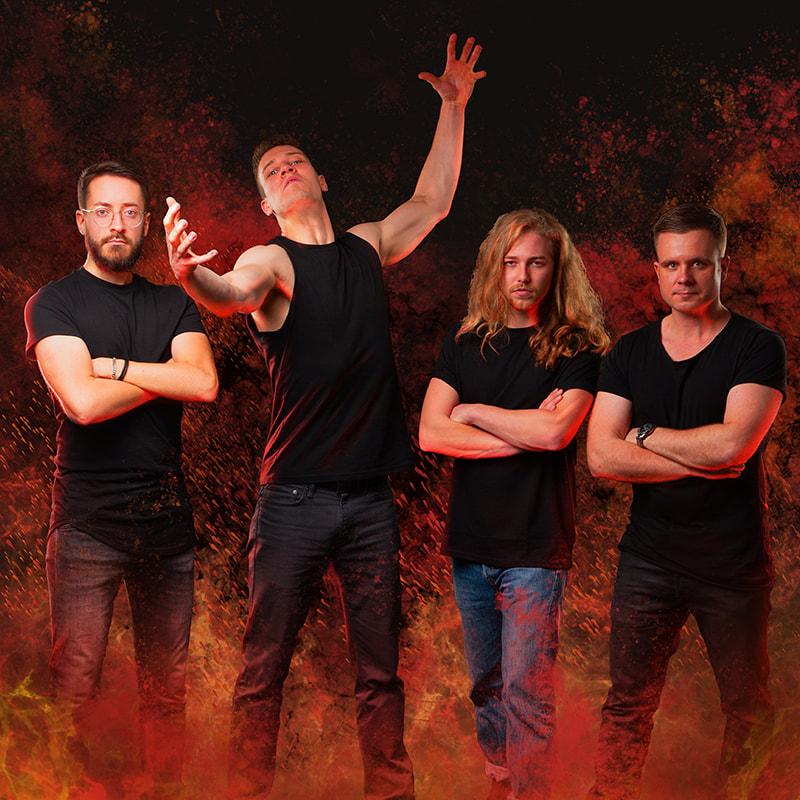 Their second full-length assault "Hyperion" delivers anthemic, combative and gripping material from start to finish - an exquisite album for connoisseurs and appreciators that is as very deeply thought-out as it is captivating. "Hyperion" will hail the world in summer 2021!