Necktwister is proud to release the Dead World Reclamation album ‘Aura Of Iniquity’! 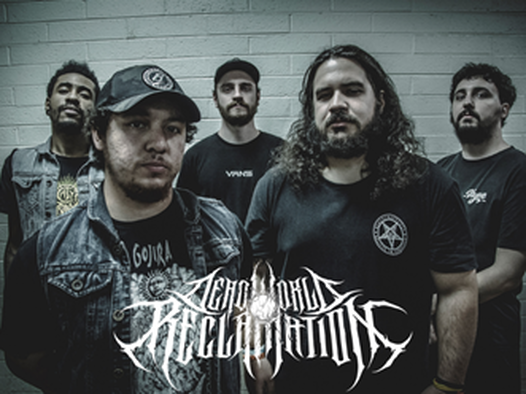 Necktwister announces they will be releasing Aura Of Iniquity by American Death Metal band Dead World Reclamation on digipak cd and limited 12” vinyl onto the European market.

Hailing from Tempe, Arizona (USA), Dead World Reclamation combines brutal yet melodic guitar and bass lines, thundering drums and ferocious vocals. The band consists of five guys who love both Death Metal and a good story, therefore their album Aura of Iniquity is a series of short stories told in Death Metal format. Roaming through tales of dark bargains with otherworldly beings made for power untold, forests where gargantuan spiders dictate the law of the land, to necromancy told from the viewpoint of the body possessed.

Necktwister is proud to be releasing this album onto the European market in 2021 on both cd and 12″ vinyl. It will be a limited release, so make sure you get your hands on a copy before they’re gone!
Necktwister online:
www.necktwister.com
www.facebook.com/necktwisteragency
Added:11.10.2021