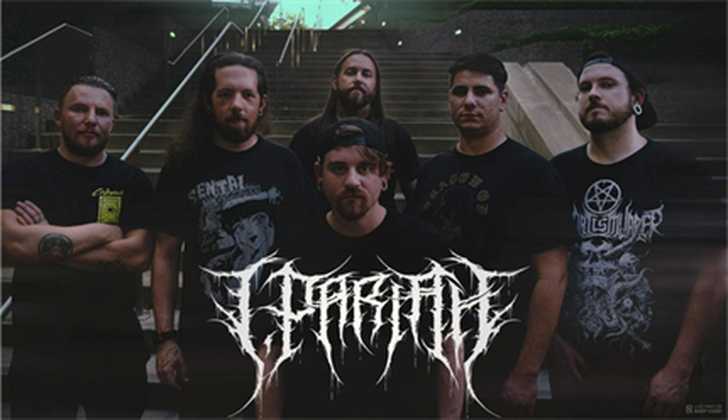 I, Pariah
Necktwister will be releasing Dystopian Visions by American Death Metal/Deathcore band I, Pariah, on cd and limited 12” vinyl onto the European market.

Death metal/Deathcore band I, Pariah formed in early 2016 in Phoenix, Arizona. The band released several singles before working on a debut EP called ‘War Engine’ that was released in 2017. This release put these lads on the map and helped them branch out of Phoenix, Arizona. A second EP, entitled ‘HATE I PRAYER’, was released in 2019 leading to touring across the USA supporting acts such as Cattle Decapitation, Fit For An Autopsy, Slaughter To Prevail, Suicide Silence, Upon A Burning Body, Winds Of Plague and many more. By the time they started working on ‘Dystopian Visions’ I, Pariah had become a household name in the USA. The time has come for them to branch out into Europe with this release and Necktwister is stoked to be supporting them.

Necktwister is proud to be releasing this album onto the European market on both cd and 12″ vinyl. It will be a limited release, so make sure you get your hands on a copy before they’re gone!
www.necktwister.com
Added:19.11.2021