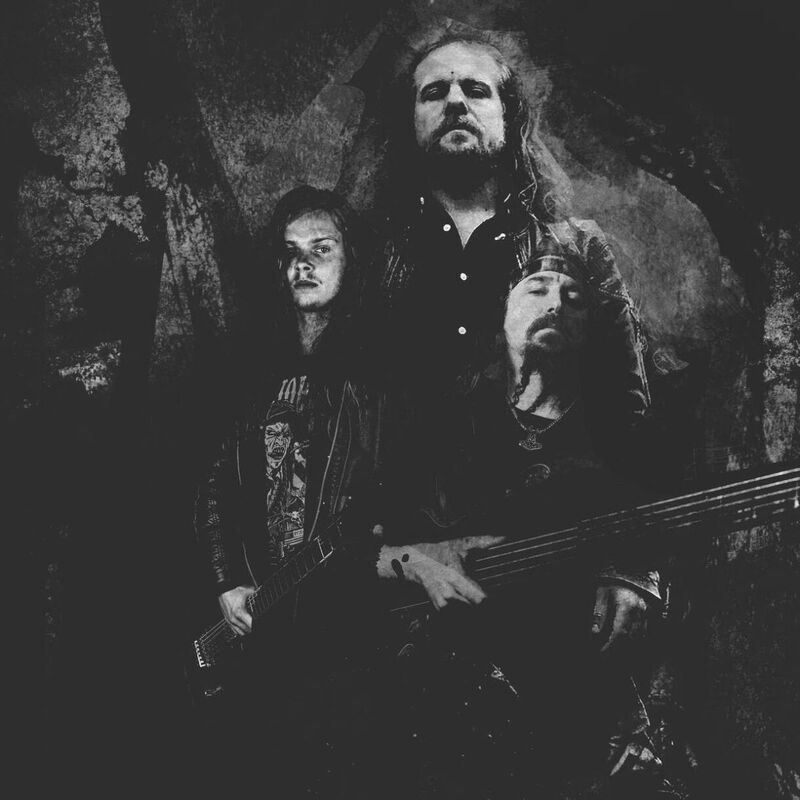 MOTHER OF ALL are set to release their debut album, 'Age of Solipsist' - featuring legendary Steve Di Giorgio (Testament, ex-Death, Sadus) - on April 23rd via Black Lion Records. Now the band has released the first single “Autumn” from the album. The single was premiered via No Clean Signing (https://www.nocleansinging.com/2021/02/19/an-ncs-video-premiere-mother-of-all-autumn).

Watch the lyric video here: ​
Black Lion Records issued:
"It is a well-crafted melodic death metal anthem. The song is about the inescapable decay of our bodies and minds as we turn older. Cathartic, with a pinch of tragedy Mother Of All's singer and drummer Martin Haumann (ex-Myrkur, Afsky) is joined by world renowned bassist Steve Di Giorgio (Death, Testamant, Sadus), who gives a stunning performance. The song also features solos by the rising Danish talent Frederik Jensen on guitar. Black Lion Records will release Danish one-man band Mother of All’s debut album Age Of The Solipsist on April 23rd, 2021. Pre-order available now!
Mother Of All performs a mixture of melodic and progressive death metal and is the brainchild of drummer and vocalist Martin Haumann, an in-demand and highly-prolific musician that has previously performed across the world as the drummer for Myrkur, Afsky and many others. Most recently, Haumann played the drums on Afsky’s highly-acclaimed opus ”Ofte Jeg Drømmer Mig Død...”, hailed by many as 2020’s black metal album of the year. Artwork for Age Of The Solipsist has been created by American graphic artist, Travis Smith, whose impressive work has graced the covers of bands like Opeth, Nevermore, Avenged Sevenfold and King Diamond. Age Of The Solipsist is mixed by Hannes Grossmann (ex-Necrophagist, ex-Obscura, Alkaloid) at Mordor Sounds."
Pre-order here: https://motherofallblacklion.bandcamp.com/album/age-of-the-solipsist