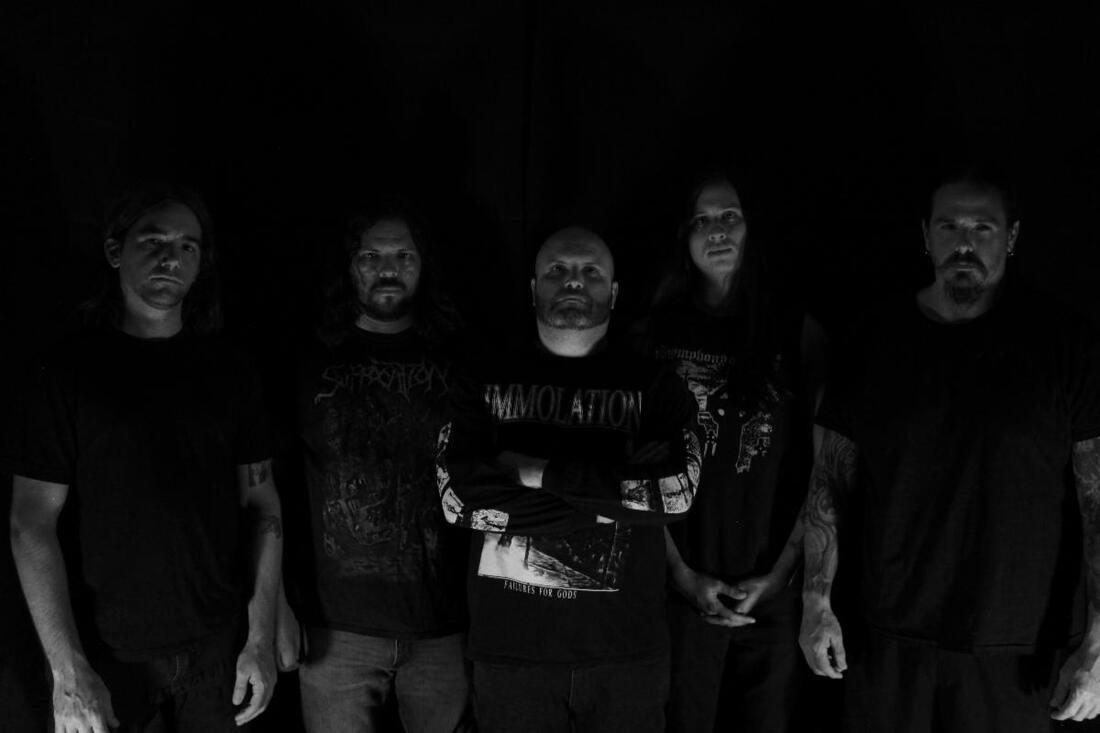 Realms of Exquisite Morbidity was recorded and mixed by the band's Dobber Beverly, and mastered by Arthur Rizk. Cover art by Lucas Korte.
With only two demos under their belt since inception in 2018, it may seem MALIGNANT ALTAR have been somewhat quiet by modern standards. This entity has not been slumbering or resting on their laurels, rather crafting the most fetidly obscene album imaginable. From its 80s horror influences; introducing a barrage of offal that festers in the phantasmal form of rotten riffing and drudging drums, layering themselves a thick and tarry swamp of instrumental decay. Vocally, the snarly puke that fits the malignantly mesmerizing riff-scape gloriously to ensure only the most befitting disgust emanates into your speakers from the altar of putridity. Now, some of these metaphors might lead you to think I am referring to a regressive band of simple playing ability and limited talent. This would be unforgivably far from the truth as the restless drumming and technically-edged riffs invoke the likes of Demilich amongst the flow of revolting hooks.

Thundering along, through five more typical tracks and a suitably spectral interluding instrumental, the momentum of this record is unforgiving and yet they do not forgo dynamics either. Two years incubation in the crypts of sentient slime and what lurches forth from the slumbering spew is nothing short of magnificent. These Texans have flavor in their death - which knows when to add flare or just ride out some obliterating groove until the neck is granulated from headbanging. Have your corpse and eat it?
malignantaltar.bandcamp.com
www.darkdescentrecords.com
Added:09.11.2021