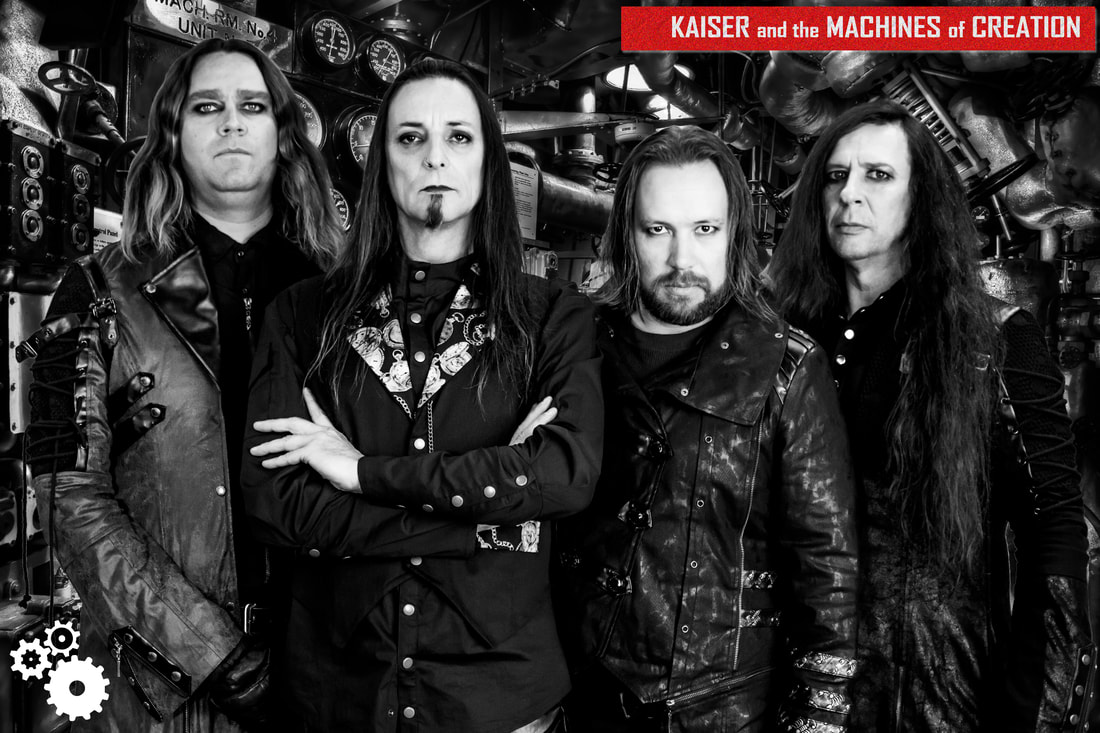 AUSTRALIA (June 21, 2021) — KAISER and the MACHINES of CREATION announce their new album FLOWERS AND LIES to be released on July 11th via MR Records.

You can watch the video here:
Listen and purchase Flowers And Lies: http://smarturl.it/flowersandlies

Lead vocalist Paul Kaiser, "FLOWERS AND LIES... my metaphor for those people that fear reality. In that I mean... someone may put up with deceit and disloyalties so to keep the peace and take the flowers and lies.  Being a foolish acceptance, they fake a smile and convince themselves they are right 'they wouldn't lie to me' and if need be, even defend it fiercely. Without ever knowing the truth or even investigating. It is the ultimate ignorance. This also applies to general beliefs in Politics and Politicians, Scientists, the Media and the body corporate and runs as a theme throughout the album."


'Kaiser and the Machines of Creation’ are certainly not the stereotypical band. Their songwriting and production are exemplary. Their music videos take you on a journey, which is missing in many music videos throughout the world. This 9 track album takes the listener on a journey of imagination and thought provoking diversity. MR Records are extremely proud to be involved with the release of ‘Flowers and Lies'. - Peter Naylor, A&R MR Records.

This is Flowers and Lies, the debut album for this line-up of Australian hard rock sensations, Kaiser and the Machines of Creation. Primarily recorded in late 2018 to early 2019 with additional tracks recorded in 2020, the band is now able to bring you the physical release of the album.

'KAISER and the Machines of Creation' is the brainchild of Australian songwriter/vocalist/guitarist, Paul Kaiser. Now, in it's third incarnation, the outfit has announced it's debut album, 'Flowers And Lies'. The nine song release is an eclectic mix of soaring, melodic, hook-laden classic hard rock, expertly blended with the roar of the new.

Welcome to the Machine!
A special thank you to our very special guest backing vocalist... "Jennifer DeGrassi".
'Flowers and Lies' the song was recorded at 'Ghostnote Studios' in Adelaide
Recorded by Jimmy Balderston.
Edited by Colby Robertson
Mixed by Jimmy Balderston and assisted by Paul Kaiser
Mastered by Leon Zervus at Studio 301, Sydney, Australia.
https://www.kmc3.net/
Added:26.06.2021