TRUTH OR DARE is the surprise record of the year for me. - Sleaze Roxx

Johnny O'Neil speaking about the video, "This is the most 'cinematic' video we have filmed thus far. We really wanted the video to tell the song's story, which is essentially about the joy, freedom, and exploring of the human experience, crossing all boundaries. It is also the most involved video we have filmed by far, with a number of different location shots, a cameo appearance by a '67 Cutlass Convertible, as well as two splendid actors with wonderful energy and presence, Abbey Wright, and Wes Mager (and believe it or not, they had never met before the shoot!)."
Added:21.10.2021
Comin' For You the Second Single from Johnny O'Neil's Debut Album "Truth of Dare" has Won Two Film Festival Awards 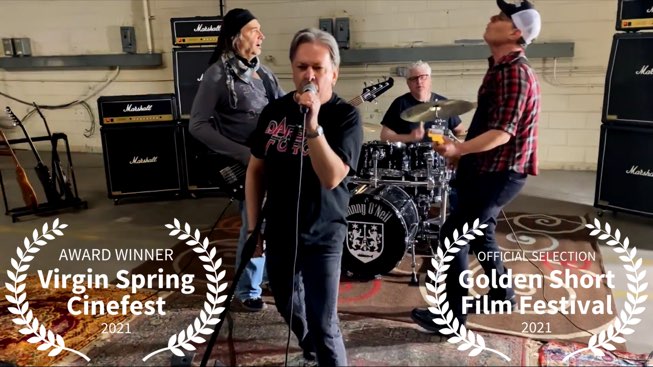 Johnny O'Neil is also excited to announce their first two shows to celebrate the release of "Truth or Dare",

Ticket links and additional information can be found at www.JohnnyONeil.com

Praise for Comin' For You:

Comin’ for You is... a love toward fans of Deep Purple, especially the 80`s era. Massive guitar riffs and top-notch melodic vocals... hard rock that you won`t resist. - Monarch Magazine

Truth Or Dare is the surprise record of the year for me. Comin’ For You starts off... with a captivating slower-paced guitar riff before the song really kicks into overdrive. There’s a great melody to the song which would fit in with any classic rock tune that you might hear on the radio. - Sleaze Roxx

Comin’ for You... is the sort of thing that lends itself to some audience participation. Metal-Temple

"I just enjoyed listening to "Truth or Dare", the upcoming release from Johnny O'Neil. If you like the classic hook-driven chorus, Johnny has you covered with "Comin' For You." Like guitars? The instrumental, "World Run Amuck," should fill that pleasure." -MIKE FINDLING: CHAINSAW / SLAVE RAIDER / MIKE FINDLING AGENCY

"Johnny O'Neil has crafted an album that's a lot of fun to listen to with the guitars right where they should be - in your face. I just listened top to bottom - BEST ALBUM of 2021 so far!" - RON KEEL: HOST OF STREETS OF ROCK N ROLL RADIO SHOW & THE RON KEEL PODCAST

Johnny O'Neil "Truth or Dare" can be purchased or streamed at: http://smarturl.it/johnnyoneil
Added:07.07.2021
MINNEAPOLIS, MN (February 5, 2021) — Johnny O'Neil released the first music video for the track Snake in the Grass taken from his debut solo album "Truth or Dare".

You can view the video at
"We had a blast shooting the video in a unique location - a venue in Wisconsin known as 'The Wet BarN.' It was a bit cold at first shooting in the winter, but after doing a few takes under the lights we warmed right up! The energy of the band you see in the video is also quite evident on the other tracks on the album. After only being released ten days ago, we have already received an overwhelmingly positive response from fans both old and new, as well as Internet stations from across the US, UK, Germany, and Spain!" - Johnny O'Neil

"Truth or Dare" is the blazing new solo debut from guitarist Johnny O’Neil, co-founder and mainstay of the Minnesota legendary hard rock band, Dare Force. It’s muscular, guitar-driven rock with a powerful foundation supplied by drummer Joachim Baecker, as well as a guest appearance by UFO’s original keyboardist, Danny Peyronel. Both O’Neil and Baecker are no strangers to the Midwest music scene, and have finally joined forces to lay down a new set of refreshing rock & roll. Engineer and co-producer Brian Bart (a Midwest legend in his own right, and co-founder of Dare Force along with O’Neil) has delivered a crisp, clean recording that fully captures O’Neil’s blistering guitar work. "Truth or Dare" features nine songs, including the first single from the album, "Snake in the Grass," the symphonic rocker "Temple," the driving instrumental "World Run Amuck," and a rollicking remake of The Beatles’ classic, "Revolution." 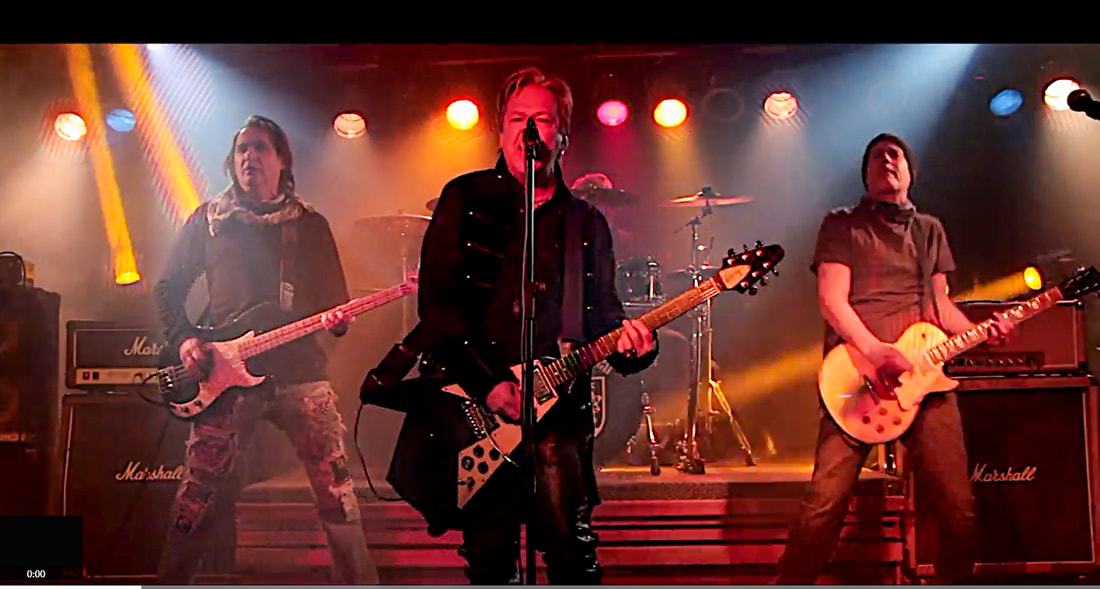 DARE FORCE:
Dare Force was a legendary hard rock/heavy metal band based in Minneapolis that was initially founded by Johnny and Brian Bart when they were 18 years old. Dare Force released three albums in the 1980s, and performed in concert with numerous national acts such as KISS, Ted Nugent, Triumph, Kansas, UFO, the Joe Perry Project, and Ratt, as well as headlining in venues throughout the US, Canada, Puerto Rico, and Venezuela. Dare Force also had several songs that received heavy airplay on rock radio stations throughout the midwestern US in the 1980s. Dare Force released its third album, "Firepower," with a reformed version of the band in 1989. The original lineup performed occasional reunion gigs after the long run of the original band ended in 1987, but the original version of Dare Force stopped performing live altogether after their last reunion show in 2002. Dare Force reformed yet again with a return to a four-piece lineup in 2017, and released its fourth album, “Callin’ Your Name,” in 2018.