Sledgehammer lesson❗
The Austrian-South German Metal commando INFECTED CHAOS holds a giant mirror right in front of the rotten, perverted part of humanity. Yes, the truth, it is painful.

Creatively, these hard steel enthusiasts are just as ruthless, and that hits like a forge hammer on an anvil!

The delightfully rough riffed and at the same time really colossally rhythmic DEATH METAL of the perfectly coordinated shock troop shows itself on the new and third long-player "Dead Aesthetics" from the most varied and most coherent side. 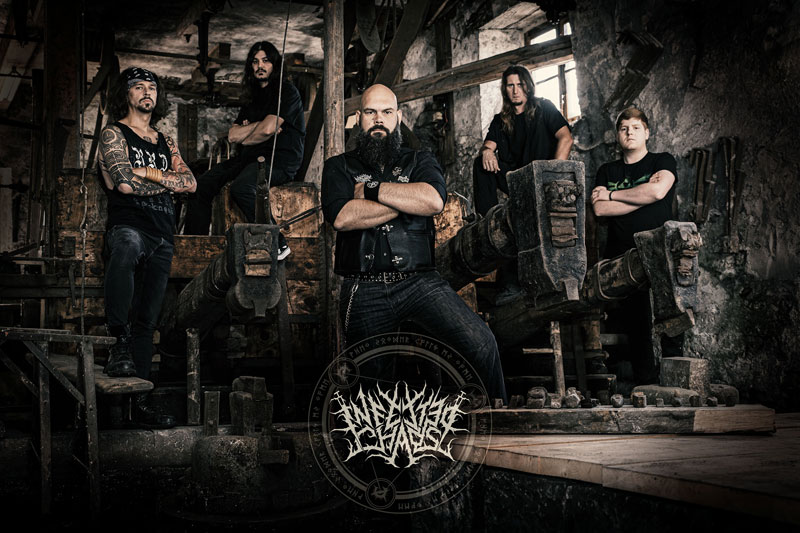 🎥 Official Music Video for the album song 'Gehenna' 🎬
🔗 YouTube link: https://youtu.be/wueWO2Xop4c
A huge plus for these guys:
INFECTED CHAOS combine the brute force of contemporary, complexly poured death lead with a touch of US-American New School and the rich, timeless musicality of icons like the genre's forefathers Death. Real killer solos included.

And exactly this circumstance makes the highly explosive mixture of the quintet a real feast for those gourmets who want it as raw and nasty as compositionally and technically skillful.
➤➤➤ Backflash:
• From the Ashes

In 2013, five experienced musicians from Tyrol and Bavaria come together to indulge in the more brutal styles of Metal in INFECTED CHAOS and soon define their own style of melody, harshness and a few more modern elements.

Already in 2015, after extensive live tests - among others as opener of the godfathers Possessed - the written material is put on record in the renowned Iguana Studios. The raw, first album "The Wake Of Ares" can bring in very good resonances worldwide and celebrates all the strengths of the still young band.

After numerous live gigs in Central Europe, INFECTED CHAOS board the studios again in 2017 only two years later to realize the second album "Killing Creator". Where the chainsaw ruled on the predecessor, the scalpel now reigns supreme. A much more differentiated sound and more complex structures characterize the new album.

With two albums in the luggage INFECTED CHAOS move but once again on the live front. Numerous gigs and festivals, including the well-known Metal Days, Winterdays Of Metal and Aaargh!!! lead the band through Central and Eastern Europe, where new friendships are made, but also sacrifices are demanded ...

After turbulent years, the band finally gets back to songwriting with a renewed line-up, but this is abruptly thwarted by CoVid. The border closures prove to be a cruel test of patience, but giving up never becomes an option. Meanwhile INFECTED CHAOS are finally back in the band's own studios to finish the third album "Dead Aesthetics". 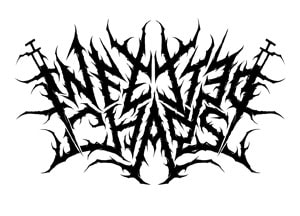