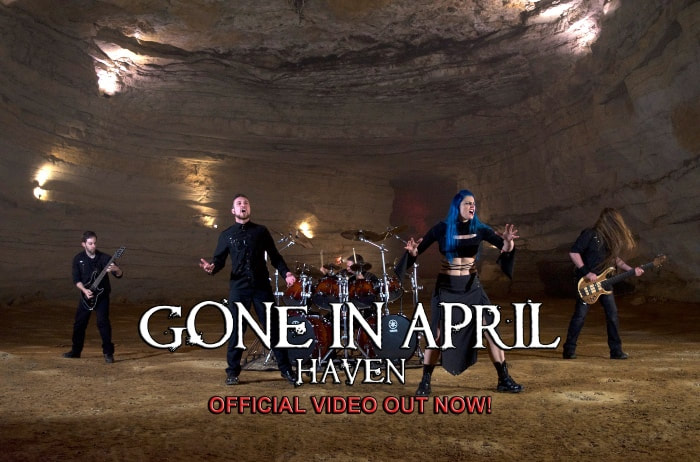 GONE IN APRIL, the symphonic melodic death metallers based in Canada and the USA – feat. TESTAMENT‘s Bassist Steve Di Giorgio – have premiered their new official video for "Haven", watch it below:
"Before recording our album 'Shards of Light', says singer-violinist Julie Bélanger Roy, "we scouted many locations for our music videos. We wrote the lyrics of some of our songs specifically with the chosen locations in mind, framing our stories around these environments. We heard about the Great Saltpetre Cave from a friend whose father used to offer oil lamp guided tours of the cave. After a warm welcome from the members of the preserve who kindly allowed us to film in the cave, we were absolutely amazed by the monumental size of the main room, a stunning 165' long x 65' wide x 50' high, enough to comfortably sit 1500 people. A few spins of the imagination, and we write a song about a fast-spreading virus, the need for a safe haven for a large body of people while they wait for the virus to die off, a few years spent underground, and a new world when everybody emerges from the cave. Little did we know what was coming our way when we recorded this song. As we finally start to see the end of this worldwide crisis, we feel that the time has come to release Haven, and hopefully find our version of a new world.

The song is taken from the band's latest album, ‘Shards of Light’, released in September 2019, and the video was filmed and edited by the Norwegian artist Thomas Mortveit. 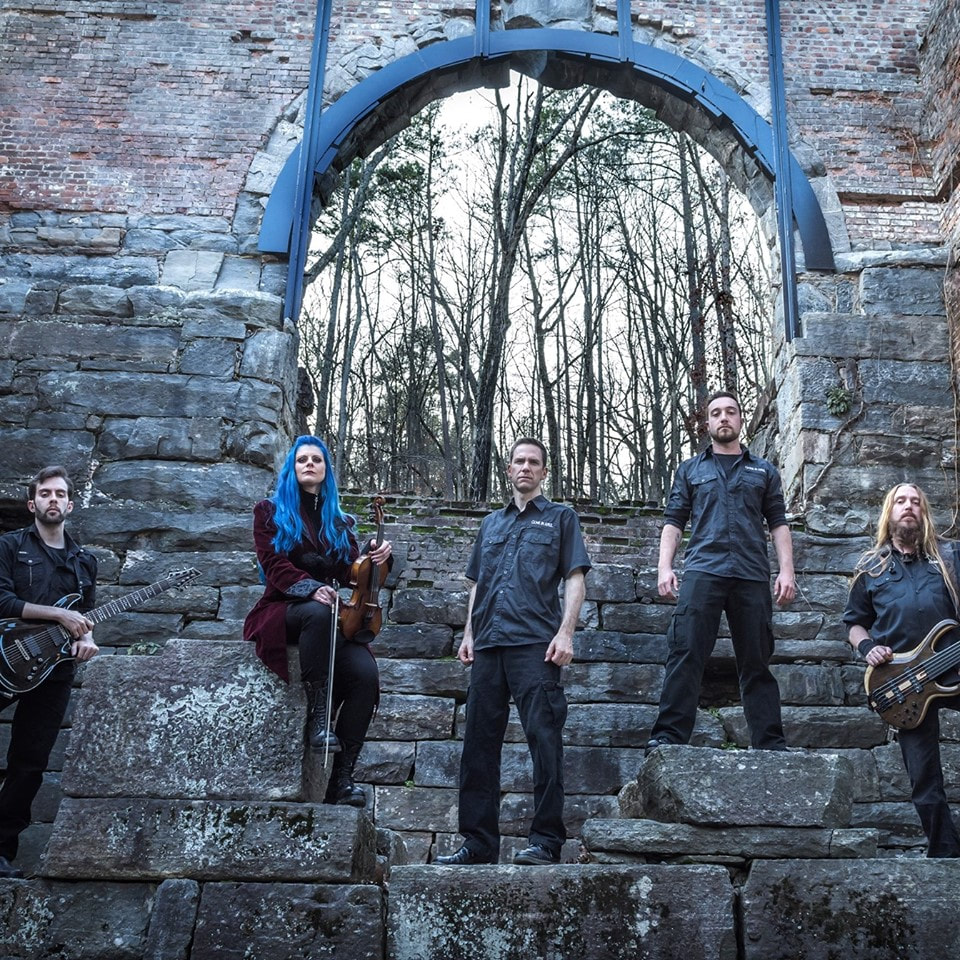 GONE IN APRIL, the symphonic melodic death metallers based in Canada and the USA – feat. TESTAMENT‘s Bassist Steve Di Giorgio – have released a lyric video for "Power To Heal", created/animated by Wayne Joyner.

Watch here:
The band commented:
"As we get closer to 2021, we look back on 2020, and think about how our lives have changed due to the pandemic. We are extremely grateful for all the dedicated healthcare workers that have given, and continue to give everything they have, and for so many months in a row. We salute your courage, your devotion and your strength. Many of us in the band have either worked in healthcare, or have close family that do. In the song Power to Heal, from our album Shards of Light (2019), we put ourselves in the shoes of a physician, experiencing both the victories and the struggles attached to the profession. We wish all of you a happy new year, with the strong hope that 2021 will be the year where we can put these trying times behind us. To 2021 and awesome times to come! Many thanks to Wayne Joyner who created/animated the lyric video!"