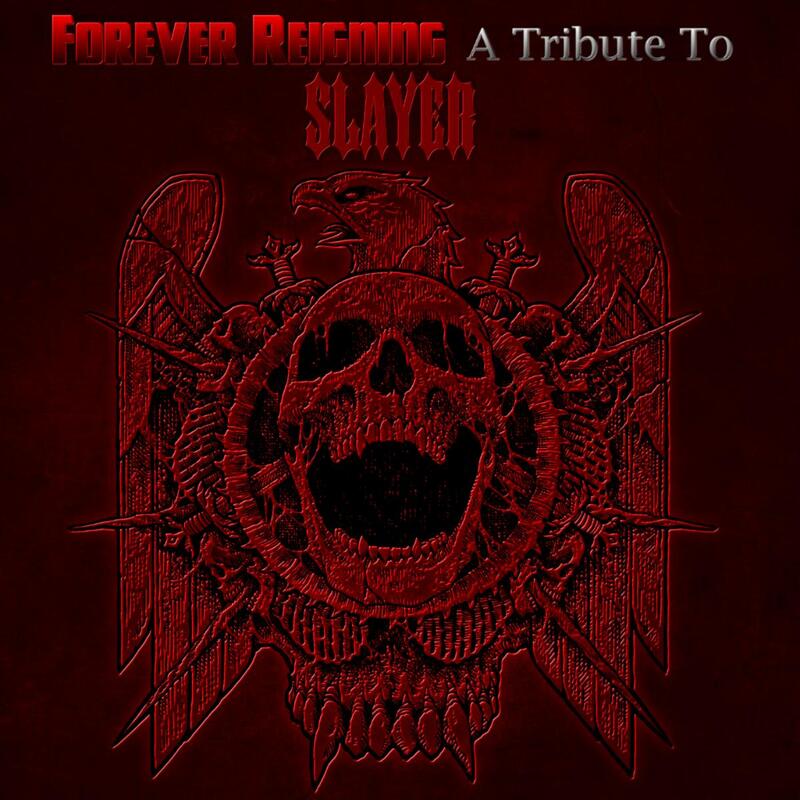 Forever Reigning – A Tribute To Slayer is the debut release from Satyrn Studios’ bringing together talented underground bands to honour the thrash metal titans. Featuring twelve of SLAYER’s best tracks covered by an array of up-and-coming metal acts, the new record is a celebration of heavy metal.

“As a fan this is a really big deal for me. It’s been fun and challenging to both learn the songs I did, but also put my own twist onto the songs [while] keeping it true to the original source material. As a business owner, this is my first major album drop. I’m learning a lot about the music industry, as well as the recording industry. I’m really excited to see where this album takes me!”

The metal giants helped to define the genre with their brutal assault on the heavy music world. Over their long-spanning career, they have been highly influential to musicians, bands and metal fans all around the globe. Forever Reigning demonstrates an intense passion for heavy music, with each track fusing the sheer power of SLAYER’s sound with the distinctive style of each guest band. From the iconic dark, haunting mood of “South of Heaven” with an enhanced demonic edge from SKROG, to EULOGY IN BLOOD’s brutal reimagining of “Bloodline”, to SKULL FUCKERS INCORPORATED’s ruthless rendition of “Raining Blood”, each cover packs a heavy punch.

Forever Reigning – A Tribute To Slayer is a dynamic collaboration drawing artists together through their adoration of SLAYER’s work. It’s a hard-hitting record, embodying the crushing sound that went onto inspire generations, a dynamic tribute to SLAYER’s continuing legacy. - Kick Ass Forever !

Check out this video!
Check out this message from Gary Holt (Exodus / Slayer)!
Check out these singles on Spotify!
Also available on iTunes!
More info at these links:
https://satyrnstudios.com/
https://www.facebook.com/satyrnstudios
https://overtenemy.bandcamp.com/album/forever-reigning-tribute-to-slayer
Added:14.05.2022