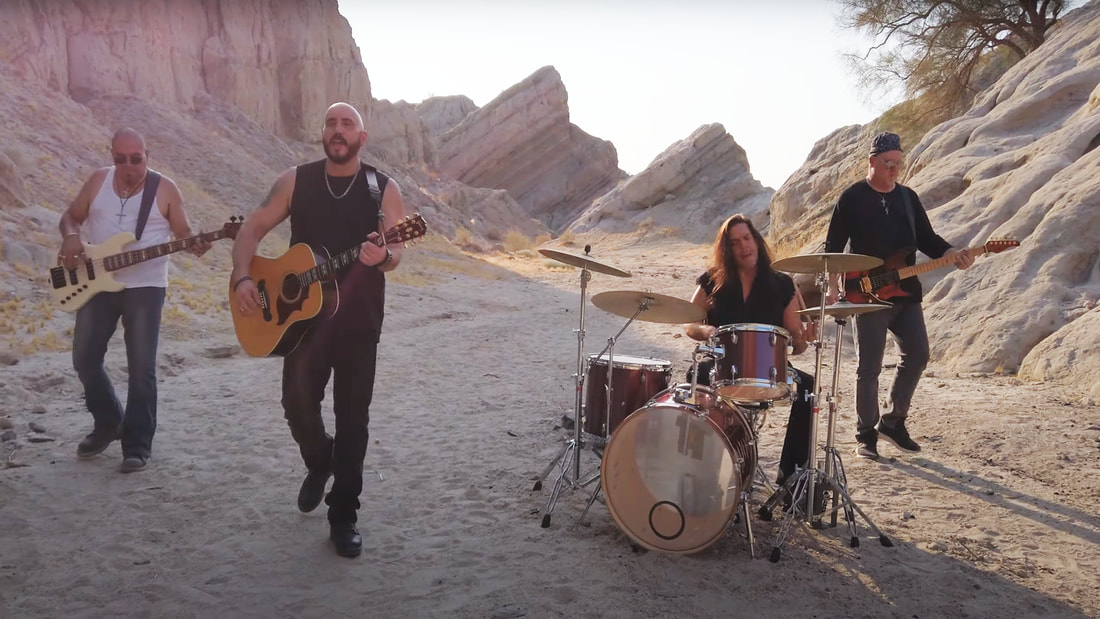 SAUSALITO, CA (February 4, 2021) — FIERCE HEART premiere the music video "Lost Inside Your Love". The video was filmed in "Painted Canyon" Mecca California and was shot and directed by Stefano Milla who directed films for Sony and Lionsgate including: "Richard The Lionheart". "Lost Inside Your Love" is a return to the 80's ballads and has been set to be released right before Valentines Day. The song "Lost Inside Your Love" has also been released as a second single to radio, following the first single "Out For Blood" which made the Top 200 on the Billboard Mainstream Rock Indicator Charts.
War For The World from FIERCE HEART is available EXCLUSIVELY on DARK STAR RECORDS/SONY/UNIVERSAL, is now available athttps://smarturl.it/fierceheart.

"This beautiful song tells a timeless story of love from the point of view of a rock musician on tour. For all the romantics out there like myself, we are pleased to bring you this brand new video from FIERCE HEART.  “Lost Inside Your Love” is a song that’s written for lovers everywhere - so turn down the lights, turn up the music, and have a happy, romantic Valentine’s day! - Rex Carroll
Fierce Heart is:
Robert Reynolds
Rex Carroll
Antonio Acevedo
Nick Forchione
About Fierce Heart
In 1985, Atlantic Records released the debut album from FIERCE HEART. Fronted by the extraordinary talents of guitar icon Rex Carroll, the band received high praise in the music press, Guitar Player Magazine, Billboard, Kerrang, Metal Forces and Guitar For The Practicing Musician.

Then in 1986, Rex Carroll formed the successful group Whitecross and also played in the critically acclaimed band King James while the New singer for Fierce Heart Robert Reynolds headed up the band Grave Danger from L.A.

Following the original Atlantic album release AOR BLVD Records contacted Rex for an official, sanctioned re release. This project became a springboard, with a performance that followed at the Melodic Rock Festival. Fierce Heart was the surprise hit of the festival with fans turning out in droves, demanding the permanent reformation of the band and a new album.
Added:10.02.2021