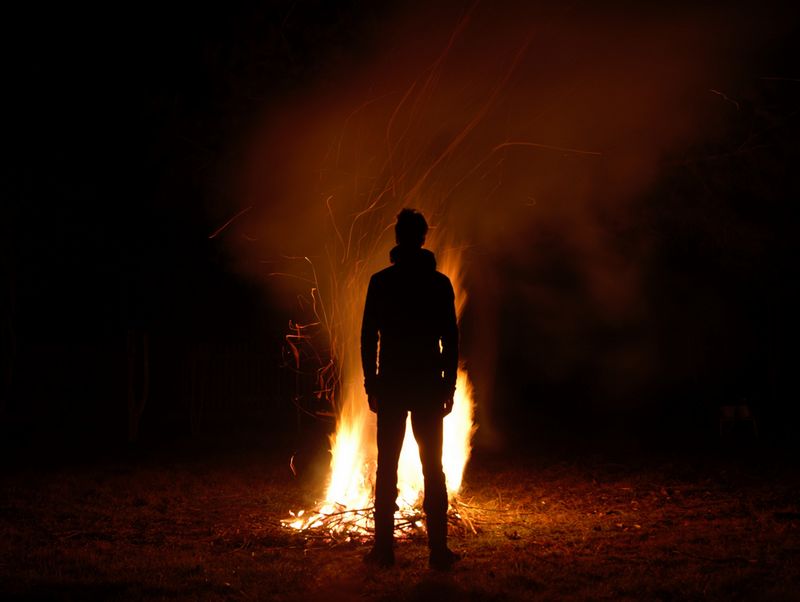 Voidfire was founded in February 2018 as an instrumental project by Jakub Zdzienicki. After Łukasz 'Icanraz' Sarnacki (known for his work in Devilish Impressions, Corruption, Christ Agony) joined him as a session drummer, together they decided that Voidfire should become a full band and find a vocalist. They were joined by Jakub Lisicki as lyricist in August 2018 and Krzysztof 'Virian' Sobczak (Lilla Veneda) as vocalist in May 2019. The band is based in Białystok, Poland. Their debut, 'Ogień Pustki', was received very well by critics and listeners in Poland and all over the world alike. It is a melodic black metal concept album, with the main lyrical theme being the search for artistic inspiration in one’s emotions – mainly the negative ones. The story it tells is continued on their second album, 'W Cienie', which ventures more into post black metal territory.
Album will out via Polish label Szataniec on CD (pre-order)
Together with Black Metal Promotion we invite You to  full album streaming below
Tracklist: