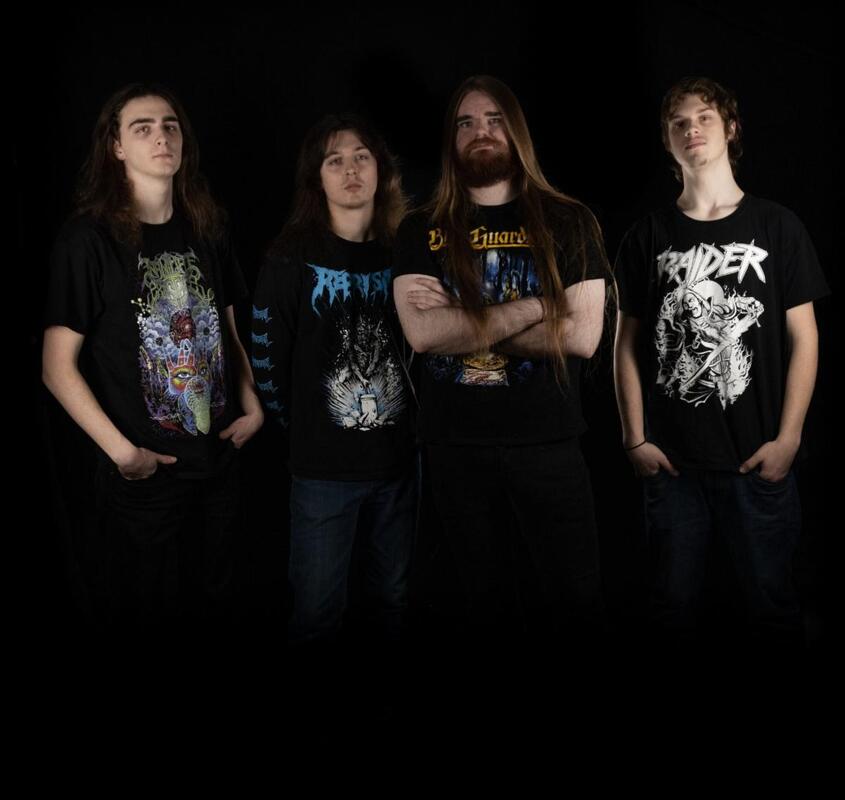 Kitchener (ON) - Progressive Death/Thrash Metal quarter CATHARTIC DEMISEwill release full-length album In Absence on April 9. The official video for new single, "For Power," is available at youtube below,  the single is also available on Bandcamp.
In comparison to the band's self-titled EP, In Absence still consists of the Melo/Prog/Death Thrash Metal elements, but with a more "mature" approach. The overall musicianship within the band improved, as well as the overall songwriting capabilities. In Absence features the same aggression as the self-titled EP, but brings an intense atmosphere with extreme tempos, and brisk riffs. This release heavily carries on the epic melodic sections heard previously, and even going further with more complex song structuring and longer tracks. Aside from the aggressive side of things, hints of experimentation can be heard, showing slower sections, and clean parts as well.
Pre-order:
catharticdemise.bandcamp.com/album/in-absence
Album Credits:

The thought of Cathartic Demise came into fruition on October 8, 2017, after high school friends Angus Pike (drums) and Bennett Smith (guitar/vocals) jammed for the first time, and immediately decided to form a group. Bennett had demos previously prepared, (two of the EP songs) and the week after Aaron Tanner would join the lineup, following a few weeks with Taylor Wrobkewski (guitar) quickly completing the quartet. The four rehearsed immensely over a eight-month period landing their first show September 16, 2016. In December of 2018, the band entered into HM Studio, to record the self titled three-track EP Cathartic Demise, released April 26, 2019. For the rest of the year, the band played around Ontario, and in January 2020, Cathartic Demise would begin the recording sessions of In Absence.