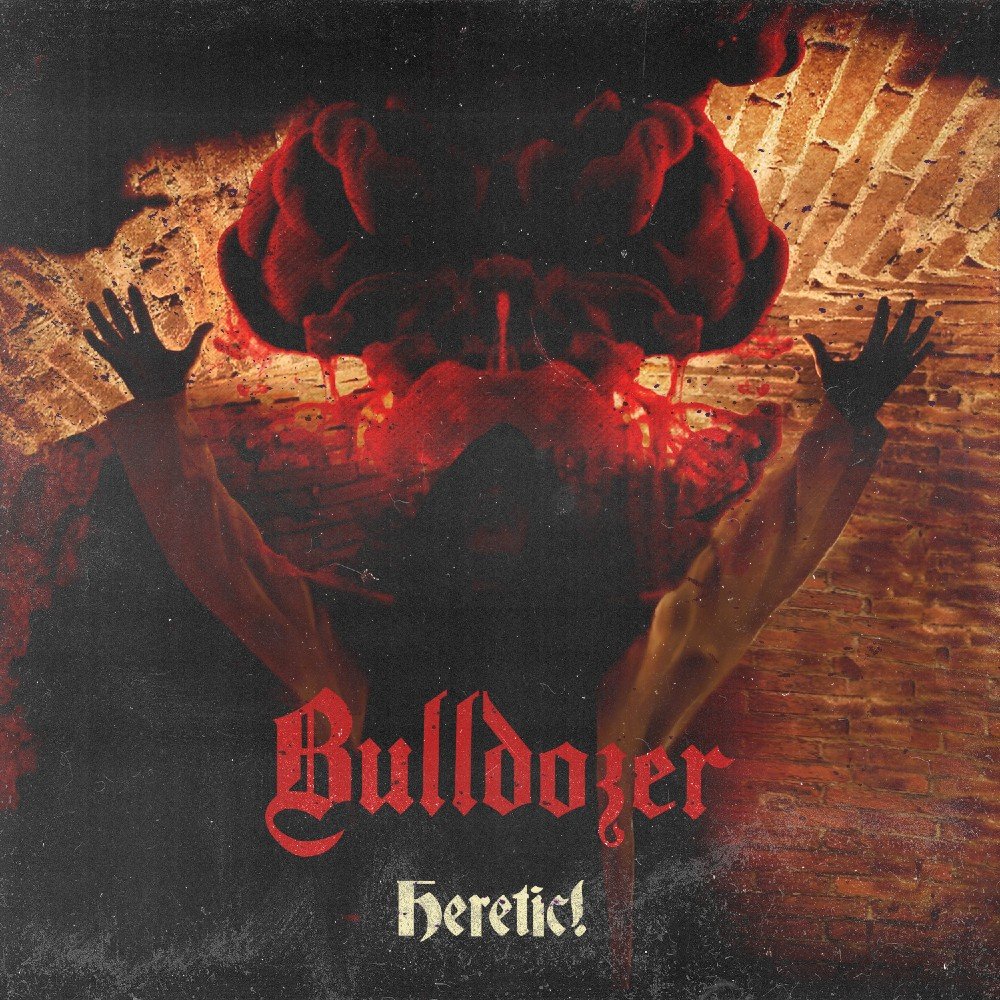 More than 40 years after their inception, BULLDOZER still presents their blend of evil metal with serious power and lifeblood. The years of experience can be noticed without doubt - the song is composed with an undeniable enthusiasm and a lot of know-how.

The lyrical concept deals with the era of the inquisition and the persecution of heretics.

"This video is dedicated to two great heretics of the past, both born in Nola (NA) in the sixteenth century. Their heresies were different but one fundamental thing united them: the exceptional courage with which they refused to abjure and submit to the Catholic Inquisition. They defended their own ideas and freedom of conscience until the end, and faced an atrocious death.
Pomponio Algieri was born in 1531 and sentenced to be burned alive in boiling oil in Piazza Navona, Rome on August 19, 1556 (Giordano Bruno was eight years old at the time). Algieri entered the cauldron willingly, without being pushed in by the executioner, after repeating his convictions to the crowd. Death came within fifteen minutes but the great Algieri did not complain which stunned people.
On the other hand Giordano (Filippo) Bruno was burned alive in Campo dei Fiori, Rome on February 17, 1600. To prevent him from shouting out his convictions to the crowd, they nailed his tongue to the roof of his mouth. We do not wish to forget what he said to the ecclesiastical Inquisition Court (recited in the video): "You are more afraid of issuing this sentence than I of receiving it". - AC Wild

Watch for new tour updates and more news on other upcoming BULLDOZER activities to be posted shortly.
Main discography: