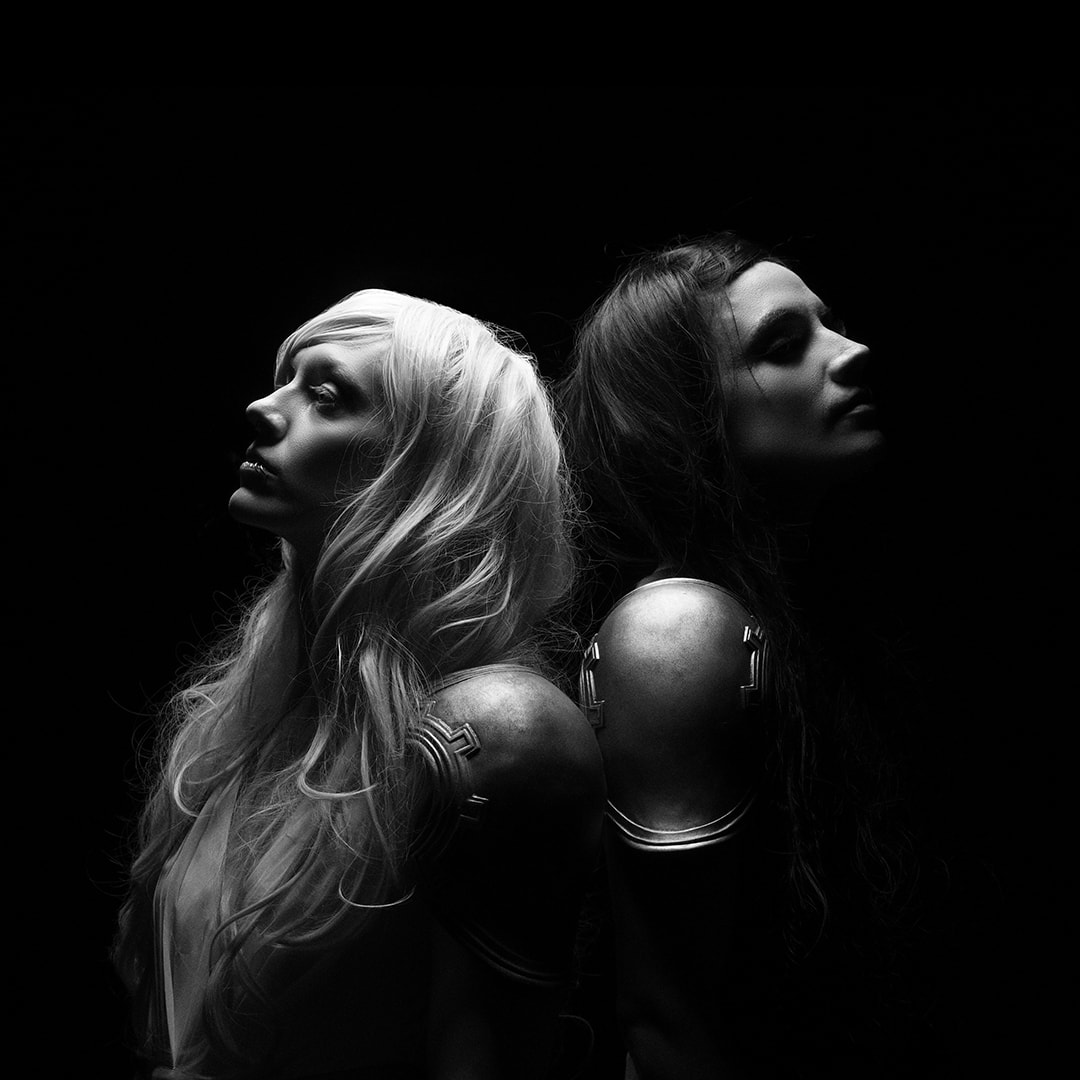 HVIRESS (pronounced 'Heiress') are set to thier apocalyptic debut single and the accompanying music video for “Arrival”; an angry and mournful judgement on the state of the world.

“These seven years, I’ve been soaking in your libel. Why are you here? It’s too late for your arrival”, sings Mishkin, offering a backward account of the Old Testament’s tale of Joseph and the Pharaoh’s dream. Preceded by Hana’s line “I recall the way you turned, as you called this famine a feast”, you can be sure that this duo is going to biblical lengths to get a message across.

“Garry Mitchell (Birdeatsbaby) showed us this backing track he had been working on and the moment we heard it, I had this strong vision of the leaders of the world - the ones making the decisions that are harming this planet - leaving in a spaceship as dust and weather ravaged the earth and those remaining suffered untold hardship. And then, seven years later, seeing it was again safe to return, those same people who had deserted come back to just pick up where they had left off. And you just know it would happen that way.”

The song, a scathing attack on political and religious hypocrisy, is the first showcase of what these two women can offer as a dual-fronted duo. Combining the strength of Mishkin’s vocal (described as a “beautifully-wrought, mournful take on Patrick Wolf and Regina Spector”) with the snarling aggression that has become a trademark feature of Hana’s style.
​
The song is accompanied by a music video shot by Scott Chalmers, master of the macabre, which unites a chilling twist on a pagan Triple Goddess theme with an unapologetic black and white performance from both women. The result is compelling.
Watch here:
Online presence:
Facebook
Instagram
Added:18.04.2021