Neolith
I Am The Way
Mythrone Promotion 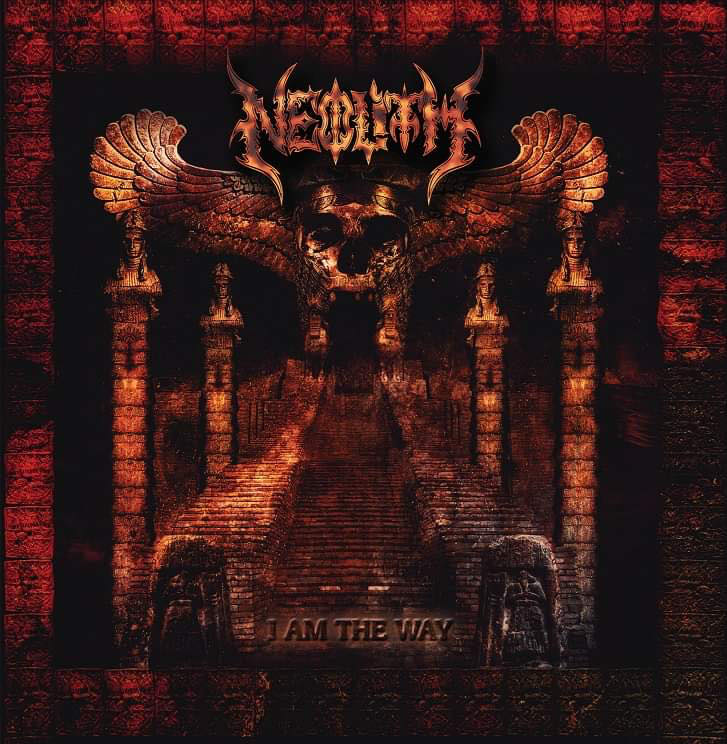 I am reviewing a slightly older album of Neolih, which is an old metal band from southern Poland, who started its activity in the early 90's.
I am The Way was released in 2019. My musical education about this band ended after the release of their debut Igne Natura Renovabitur Integra, which was over 20 years ago. I remember their days of demo tapes and their first album, and I have to admit that the band is now playing music that is better written and produced, and the spirit of Neolith, their roots remain the same, untamed, death metal.

Neolith recorded I Am The Way with a line-up of six, including a keyboardist who plays more in the background of their songs. So, their music is based mainly on  dark sounding death meal guitar distortions, furious drumming and hideous death metal vocals while the lyrical content of songs is also dark and occult. Neolith plays slower death / doom song (Hear Ye, Hear Ye) as it was in old times, and tracks with speed accelerations: The Abu Hymn, and particularly in cruel song which is titled In the Name of Umāmu. They have a lot of fast tracks along with devastating drum blast beats - tracks Wanderer Who Bestows, or Irarazakku. Their death metal is primal but still devilish under the surface. Being melodic does not seem to be the goal of this album, they do not commit themselves to it,  just left you off with a feeling that they could go for it if they wanted to (Ask and Thou Shalt Receive).
My favorite song is Ask and Thou Shalt Receive, which has more catchy guitar rhythms, but the atmosphere is still sinister. The other interesting track that contains many changes in pace, cohesive guitar layers and various death metal ideas is Let The Heavens Rejoice. In The Abu Hymn I like slower, dirge instrumental fragments that contrast well with  faster death metal parts. Old school death meal sounds better with guitar solos, you will find them in music of Neolith as well.

I Am The Way is in the vein of Dira Mortis, Azarath, Absu, Asphyx, Immolation  and death metal...
​Tracklist:

1 The Abu Hymn
2 Wanderer Who Bestows
3 Irarazakku
4 In the Name of Umāmu
5 Ask and Thou Shalt Receive
6 Hear Ye, Hear Ye!
7 I Am the Way
8 Let The Heavens Rejoice
Review by Slawek Migacz
​Added: 24.02.2022
Order at:
Mythrone Promotion facebook