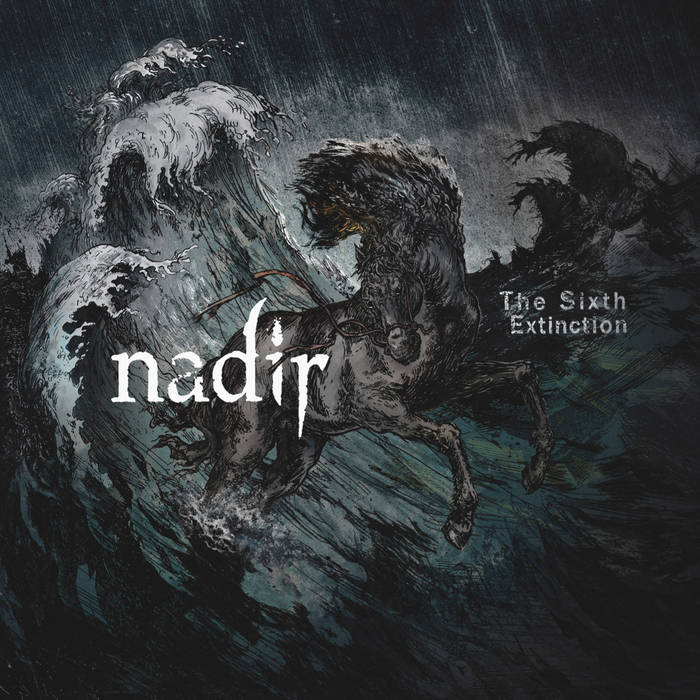 Nadir is a Hungarian band with over 5 full length albums that have been released since 2005. This new effort combines death metal sound with visceral and emotional doom metal. Not so much profound like some of My Dying Bride albums but... some of it however. Nadir also has minor tone of Bolt Thrower songs which you can`t say that any of their albums have ever been hard to follow because of easiness of their music they were able to deliver to my hearing senses. Nadir has that similar crushing sound like those bands and The Sixth Extinction is also super charged with heaviness to the sound.  Nadir brings more somber beauty and bleak atmosphere to their own music as much as it is condensed in their slow-burning/mid-paced riffs. There are however few faster moments but the only way I can think about this album is a mix of powerful doom and death metal. They just somehow void to find those more catchy structures in music on larger scale where I could say; yes, this is it. The songs have some tendency of being melodic but not the way like heavy metal does. Most parts of the album are surrounded by negative emotions, bitter and enormous  growls of vocalist. But those emotional build ups and brutal heaviness of music are expressed the way I still like to hear it, which is within specific nature of the album. So, treat it as my positive response to The Sixth Extinction.


The songs are about catastrophic affection of pollution, extinction of species and diseases on life around us. It`s concept album and lyrically it sounds like a world is becoming a very inhospitable place which may lead to extinction of ALL if it happens that YOU stop caring about your planet.