MurderWorker
When The Scream Becomes Silence
Base Record Productions 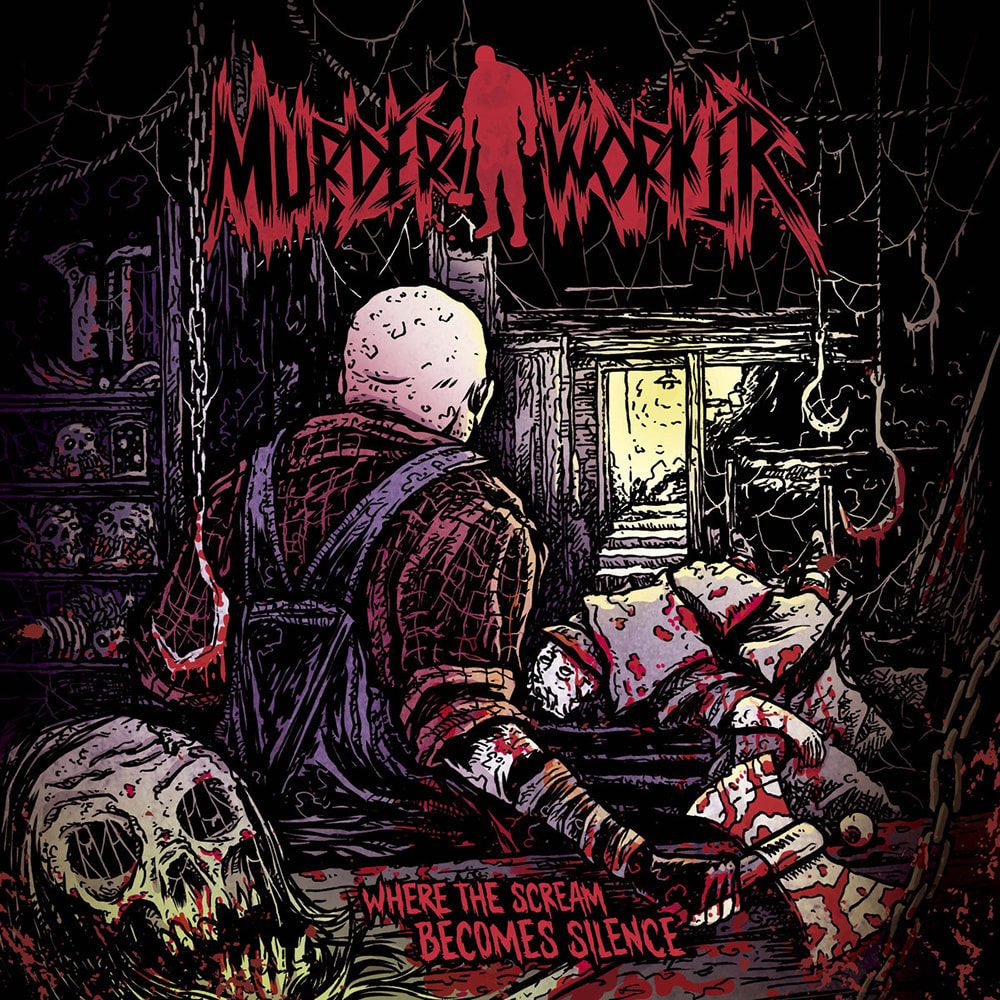 Murderworker is hailing from Spain. OMGoodnes... The band was formed in 2017, so they have barely over one year activity on the scene. Once you know that this debut album is already out there, it makes situation more amazing, that there can be done so much in so little time. The album has been released this year, by Base Records Production.

Have you ever judged album by its front cover?  It`s pretty bloody and gory as you can see but music has nothing to do with grind as I initially though. The only option left to think about was death metal, which is accurate.

This band worships death metal, basically in every second of this album. The sound seems highly inspired by Scandinavian bands, especially those ones that used Sunlight studio for making their albums. Of course, the band recorded the songs in different location and WTSBS has not exact, same production as Sunlight has but sound is as good and powerful as in that place in Sweden. Goof for MurderWorker, because they also participated in making mixes and production to this mighty sounding album.

I can easily get the sense of decay and decomposition in those very old school death metal songs, played by the band. They base music on super heavy, brutal and little melodic riffs. They are effective and most convincing when play songs at medium pace, which happens often. My favorite tracks: Modus Operandi (best song with great sounding bass and catchy rhythms), Purification (Bolt Thrower vibe), Butchery Of The Soul (vocal variations), Killing, Rotting, Eating... (all incredible), You Die (this is what I call death metal!)...

Few times, I felt that they were not at their best, when the band tried to play faster, which in my opinion do not fit to them and to the sound of the album in particular. But as I wrote before, this is a strong record; when it`s groovy, when songs are simple and tempo of songs varies from slow to medium. I think then, this record really breaths in and out its own life and death and the rotten sound is also, what gets me into their music. I really enjoy listen to classic death metal vocals here and to approximately 80% of music from this record. I think it`s a lot and my time is never wasted when I listen to those songs.

The album may often plays on sentimental side of your personality. Do not be surprised if you find some similarities to other bands in this record: Entrails, Befouled, Obituary, Massacre... Now, add MurderWorker (which is very new and perspective band) to the equation and just enjoy this old school death metal album as if it were your last day on Earth and nothing left to do.