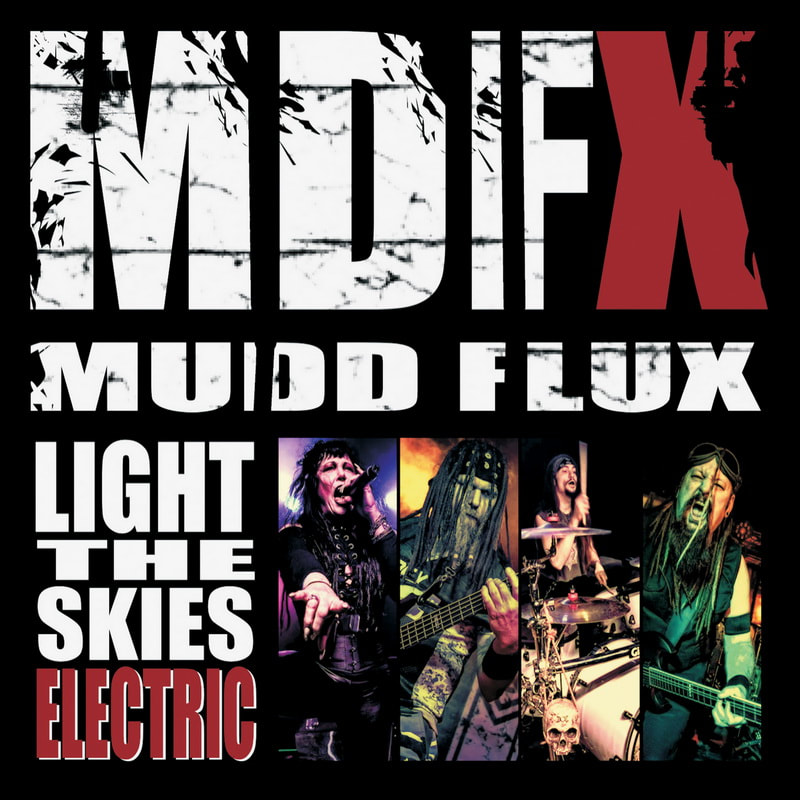 When take under consideration songs like All I Am (Am I) and Burn Me On which is where rock and metal meet together and bring on, modern, melodic metal songs, things start to sound interesting. Mudd Flux`s Jason Gautney, his guitar playing here is quite alike Zakk` from a couple recent Ozzy Osbourne albums, which is a combination of melodic chords with heavy riffs. Jason`s song writing is quite what I enjoy in this album.
After first 3 tracks I did not expect to collide against stoner/doom`ish and so slow track in this album such as Beyond Our Horizon that unexpectedly, after 5 minutes, the band started to play much faster, sounding even more like a stoner band with surely, some Black Sabbath influences to the music.
When I was listening to Cosmic I which has appeared to be type of stoner-ballad song, at least in first 2 minutes, for the rest of the song, the band turned on guitar distortions that gave music a bloozing groove which is quite something to shake some ground under your legs if you volume music up.
The band has a female fronted vocalist whose approach for the band is also melodic, characterized by clean singing rather than extreme. Becky Scheufler`s flying high-vocals reminds me of Scott` from Confessor and a bit of Anna`s vocals from the band Gallileous, especially in song Beneath Broad Sails which is more stoner song featuring some bass distortions and waving guitar rhythm.
Caroseul is another very heavy track of the album with more vigorous guitar dynamics. This song has a similar, energetic-input to the album as the opening track entitled Loadout


My favorite songs are from 2 to 5 and I am having a feeling that I've just listened to heavy, melodic metal/stoner album that need no anything else to actually sounds better.
​Tracklist: