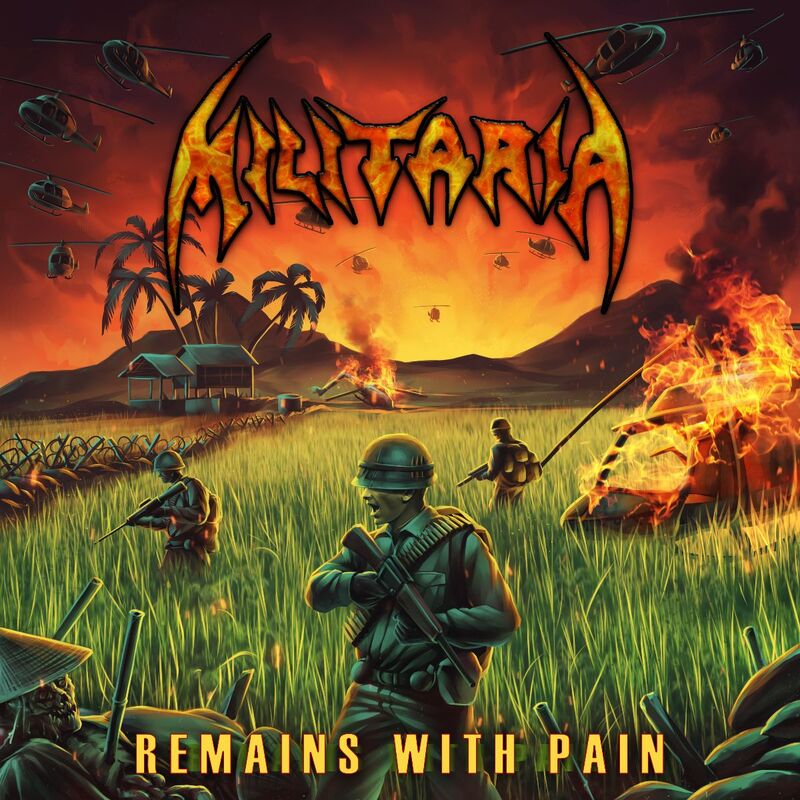 After intro, this album starts off with absolutely brutal shreds, 100% thrash metal riffs that sound like Vietnam war was a joke (yes, they treat about war on this album whole lot and you get all its horrors in lyrics of the album). Third song, Mass Organic Corrosion is a carnage and mayhem (remind me early times of Sadus, and Gammacide). Vocals here are in death metal style but if you take under consideration that this album is actually a project with many guests, whose skills have helped this album got real, and you get the answer why those vocals sound different from each other in diverse tracks. Strike Wounded with its chaotic guitar solos, but more consistent song-writing and harsh thrash metal vocals proves that mid-paced songs in the genre like thrash metal are still nail-kick in your butt. More screaming vocals and growls feature in Infiltrate Destroy (like those thrilling, war titles of their songs). It`s more technical song, but as the whole album, also this track has certain rawness to sound and riffs too. Next song is Huey, this one shreds relentlessly , a light vocal distortions make it all sound like severe assault on front line and guitar solo rips. Another aggressive track with deep vocals, pulsing bass and pummeling-some drums is Besieged By Napalm - this album has no mercy upon you, every song (with little exception) is a pure thrash metal mayhem that leaves off dead bodies behind, like war does. Technical shreds and guitar harmonies is all in Devastation Obsession where vocals sound like a guest was a Schmier from Destruction but in fact, he was not. Melodic rhythms feature in Ceasefire Ataraxia, the song has those weird but loud and funny humming and when I already have started to think that they went soft musically, the other part of the track sounds very thrash, as it used to be to this point of the album.

This record has so many guest musicians that I guess, it will in honor of this album to mention at least the names of the bands from which they come from , because with those people on board (members of Wartooth, Odius, Asylum, Idle Ruin, Bone Marrow, Seraphic, Deraign and more)  Remains With Pain is a fuckin` killer thrash metal album that takes no prisoners. And to be clear,  Militaria is a “war child” of Chalky Hill, the guy from Australia.
​Tracklist: