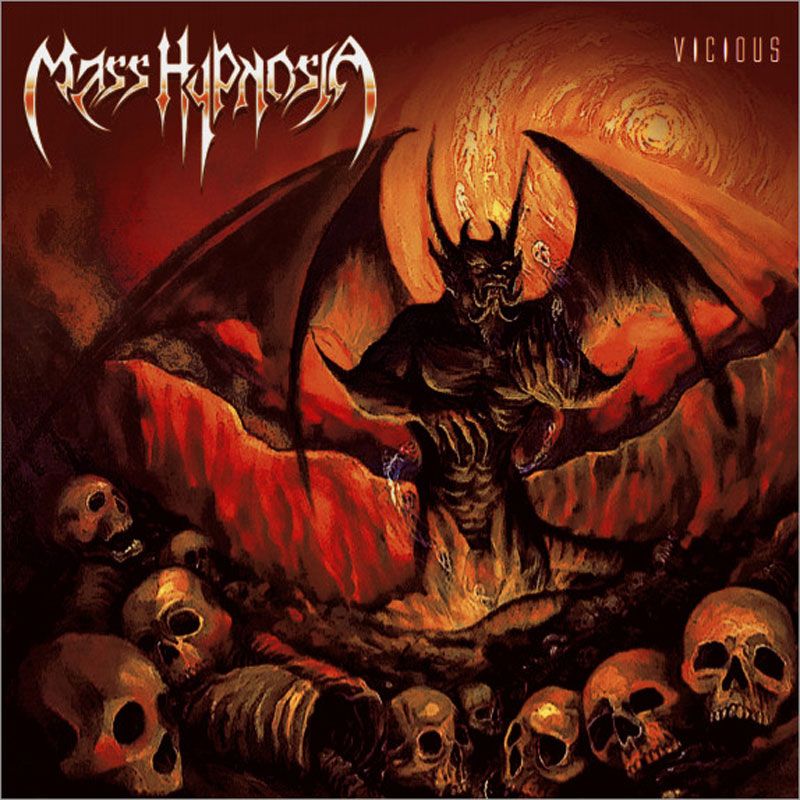 Here comes the Philippine finest thrash metal horde with their new child - Vicious (2019) - the third album since they formed the band in 2009.

This album is going to be an executioner for all thrash metal maniacs for whom the 80`s thrash era is the only way of lifestyle. They play not the fastest songs but the music ideas are dark, guitar riffs are fierce, violent and brutal while guitar solos are chaotic. As you know, these attributes are precious to have it in thrash metal genre and this album has it!
The singer`s vocals are malicious, raging and Karl Rosales (also guitarist)` shrieks are showing off many evil shades, both in music and lyrics. Take a look at track titles for more lyrical cruelty and carnage.

On Vicious you probably won`t hear anything you haven`t had before but if you like furious and aggressive songs in which there are so many influences from old Sodom, old Sadus, Possessed, Hypnosia to  Dark Angel, then you can only accept this album for what it is, and this is old school thrash metal in your face. I think fans of black metal should appreciate this release also, because of its harshness.

The album production is raw but it just makes it all sound more organic and primal - feels almost like in rehearsal room... Of course, the album still sounds a bit better than that because, in fact, the recording has a real studio sound signature.

Vicious is a thrash metal reaper of death and I recommend most songs from it.
Tracklist: