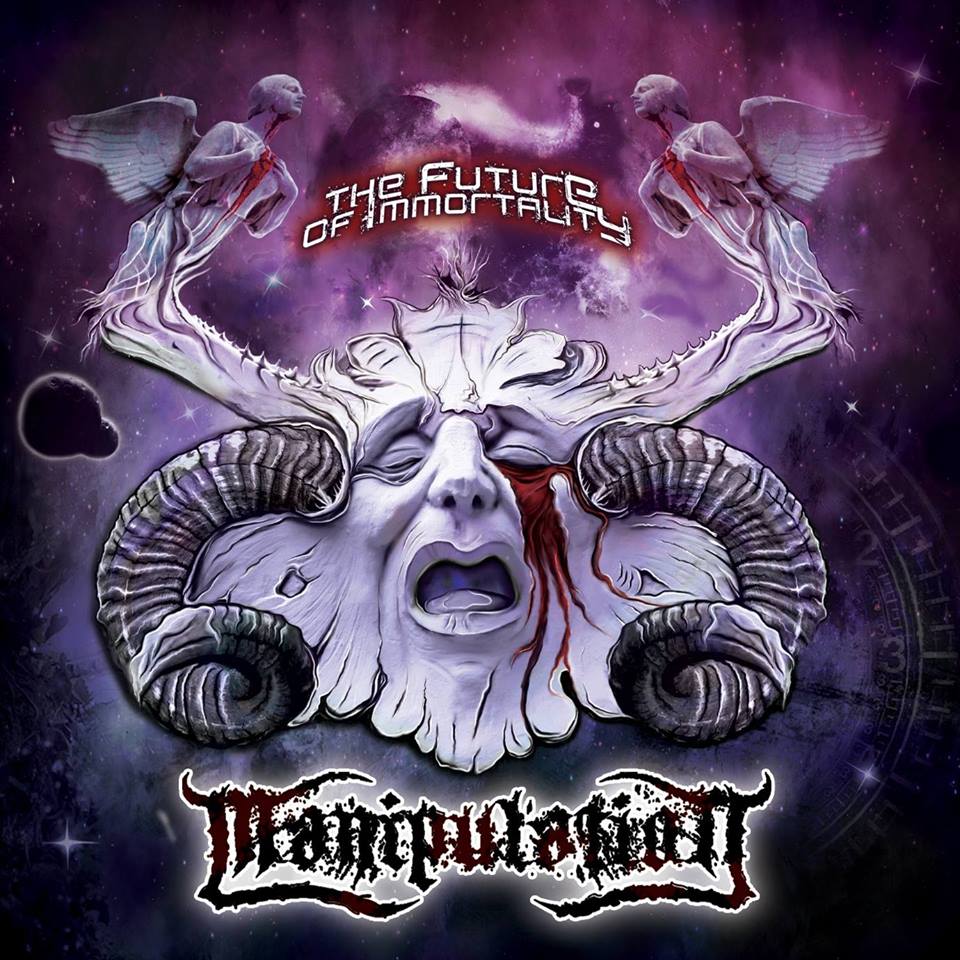 The Future Of Immortality was released in 2007 for the first time. Grimm distribution re-released the album in 2017. What`s significant, the vocals for the record has been done again by Kret, while I believe, the music stands the same. So, it`s not typical album re-issue but quite special release if you will.

I do not know what were the previous vocals on the original version of the album but the ones in this record are highly aggressive, energetic, guttural, just damn good. Kret (voc) also uses clean vocals which opens more dimensions for the music itself. Manipulation is balancing intensity of death core and raptures it with speed of death metal. The moments when drum blast beats interact with technical work of guitars are most blistering. They don`t just base the music on playing it fast but also very heavy, almost like slam death metal bands do which, I think, quite fits to this band.  You can find some space in music as well,  when they bring some melodies in, and some guitar solos as well. The songs also have an industrial and hard core twist which now means that you need to approach this album more than once because songs hide a spectrum of very good instrumental solutions, like; shredding, guitar break downs, diversified pace and complexity of some arrangements-really appeal for moments of your attention.

The Future Of Immortality is a very dynamic album but also brutal, intense with very sick but well performed vocals. If I were you, I would have this record of Manipulation which is a band from Poland.