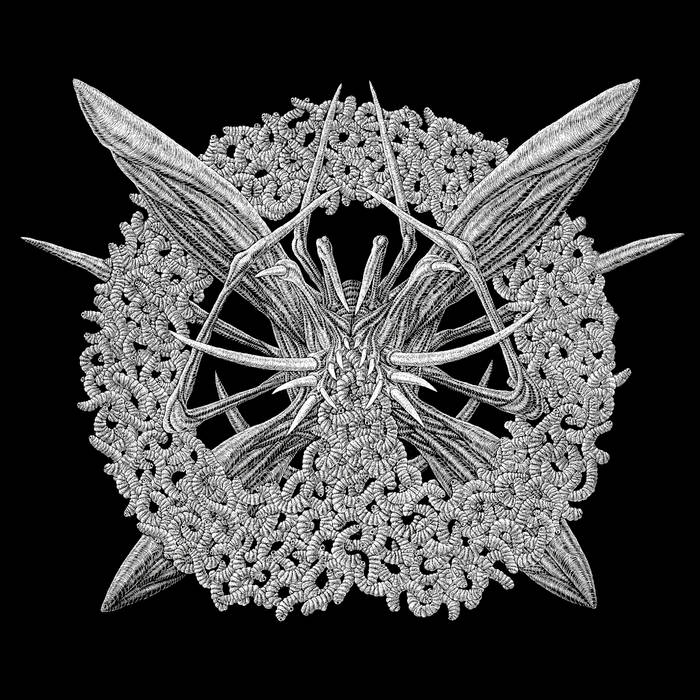 Another Czech band that made sure to deliver excellent sound quality to their songs.

60% of the album is in a realm of black metal, extremely grim, furious and majestic sometimes. 40% is an influence of death metal. Technical craftsmanship of guitarists is what should be emphasized as band`s signature to their song writing. Performance of music is what shines for greatness of this album, including diversified execution of various music ideas.
One of those tracks to remember is The Temple Of Nothingness, a medium paced song with complex guitar approach. The other one is Womb Of Worms II which is a blizzard of guitar intensity. It`s a challenge to listen to songs like these ones because musical layers are textured which rather require several listens to the album before you understand its dark and twisted complexity.
How big impact of Behemoth is to worldwide metal scene you can hear in blackened death metal track The Absolute Inner Genocide which is sort of an answer to Behemoth`s song At The Left Hand Ov God.
Crafty-atmospheric and hateful guitars riffs are part of Womb Of Worms I which is over 10 minutes long song where the band has a time to switch between music ideas more often.
Fast songs of the album are W.Y.I.D and Towards The Interminable Hatred – storming and freezing guitar riffs are pretty much in the vein of Polish/Norwegian black metal like Immortal, Mgla – with all due respect to all original tracks of Mallephyr; all comparisons to other bands are only to help readers to comprehend the music nature of this band.

Beside few attempts with clean vocals that are no particularly good, singer is not doing other experiments. Black metal shrieks from the band are certainly another quality factor for their music.

​As for black metal genre, Mallephyr plays very finesse songs. Check out this album if you haven`t yet.
​Tracklist:

1 The Temple Of Nothingness
2 Towards The Interminable Hatred
3 The Absolute Inner Genocide
4 W.Y.I.D.
5 Womb Of Worms I
6 ...Just A Fraction Remains To Be Forever Ruined... The Deliverance Is Near...
7 Womb Of Worms II
Review by Slawek Migacz
​Added: 20.03.2020
Satanath Records
​Facebook