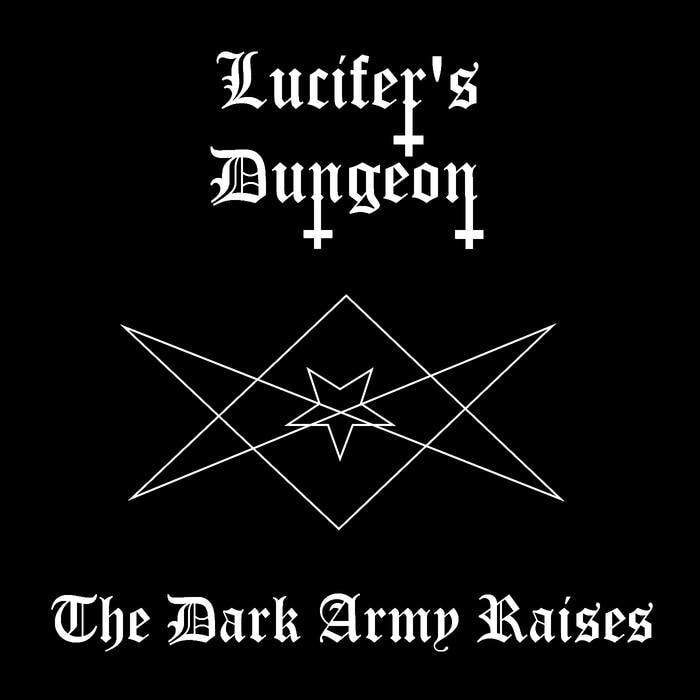 Cover of the album with inverted crosses and long, dark intro on keyboards presumably says it`s black metal album and actually hard to think about it otherwise.
The next track which is Unconscious Faith, starts off a bit melodic with more death metal intuition and groovy guitars but turns quickly on black metal tracks with such vocals.
Title song that came after is all the way black metal with super, dismal guitar lead. This song is based on 2-3 simple riffs but it should be enough to say it`s one of the best on tracklist.
Next – War is a bit more dynamic and atmospheric but again; simplistic as all previous songs. It`s worth to say that except primitive guitar shreds Lucifer`s Dungeon spreads some groove throughout the album which is very good for strength of the songs.
Another one is intro and it`s good to have some dark ambient music between songs to raise hunger for what`s come next...
Well, it`s number six and it`s fastest song so far but sound during drum blasts fucks up quality a bit which did not happened to all earlier songs where there were no fast drumming.
Seventh track is atmospheric, instrumental. You can hear heart beats and faster heart beats, till the last breath...
My Eyes has fine high pitched black metal vocals and screams but swift too much music experimentation that go nowhere.
Number nine is only 2 minutes long, have vocals, whispers, little guitars and the rain in background so count as intro I guess.
Darkness is a tenth track and faster one  again. I have to tell you that this song sound like one man band Witchclan from the UK, more extreme. Also, I noticed that The Dark Army Rises has lost some good climax from the beginning of the album which are songs from 1-5 – best ones.
The Forest is both extreme and atmospheric with raspy vocals and good drumming.
I do not know if there is a  real violin used in The Secret song but anyway. It`s another way to forecast cool and instrumental side of this band, unlikely more optimistic when comes to music itself...
Number 13 is the Answers track, only played on instruments, no vocals. I would say that in last few songs the climax of the album is back again but there is less black metal, which is fine.
Beyond Good And Evil is another black metal song, like in the beginning of the record with strong guitar lead but without vocals appearance...
The album ends with outro.
Long part of this CD features long minutes of intros or instrumental music - creepy, alienated  and nihilistic but well delivered.
​
My best track is a third song. I think my profound review about this album is enough this time. So, good night creatures, until next read. 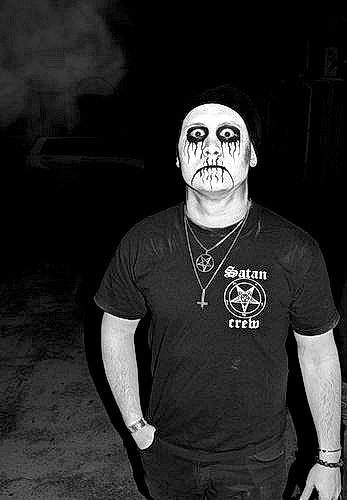