​Lucid Dream
The Great Dance Of The Spirit
Sliptrick Records 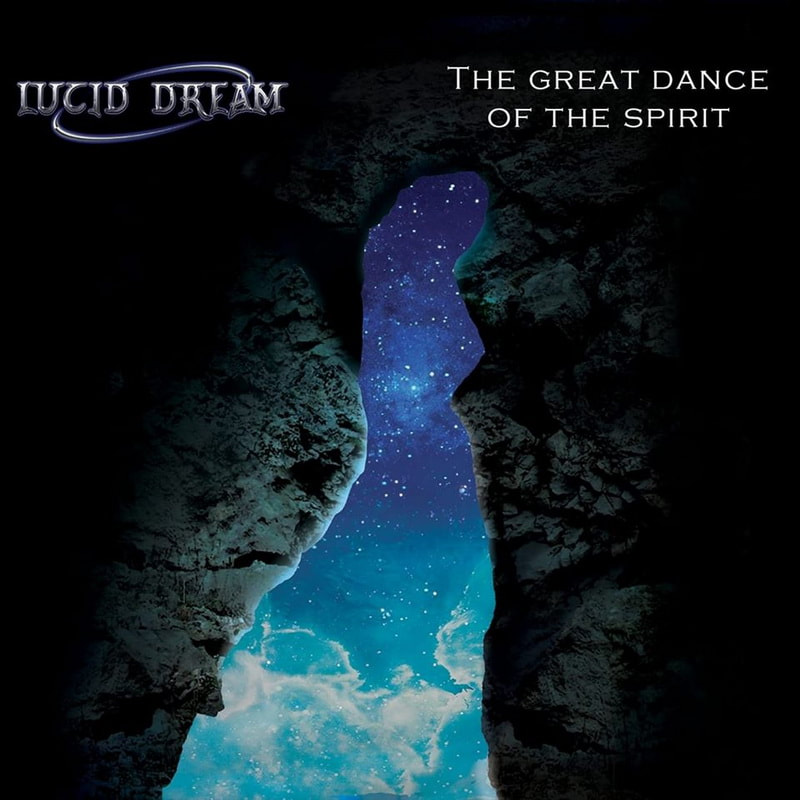 The Great Dance Of The Spirit is a third album of mystical trilogy started with two previous albums of the band.

The album is presented in form of progressive rock/heavy metal songs. Melodic vocals surround sharp and melodic guitars, like in song Wall Of Fire. Heavy metal aesthetics are also tracks Desert Glass, The War Of The Cosmos where the band`s music are more 70-80`s heavy metal rock riffs, with a light, progressive edge to it. Lucid Dream also plays few acoustic guitar ballads accompanied by sound of keyboards - By My Side, and rock ballad Golden Silence.  By My Side is touchier song that I like better. There is a ballad`ish, progressive and atmospheric song A Dress Of Light with catchy vocals which is probably a reason that it`s my favorite track of the album. Band is enchanting beautiful sound of other instruments to their music like cello, viola, violin which all contribute to detailed sound of the band. It`s best to hear in The Real Of Beyond which is the song of virtuoso rock moments in style of classical music. The track sounds incredible, it`s just a bit pity that the entire song did not follow this lead - I would be over the moon.
From 9th songs to the end of the album band started to sound very atmospheric, dealing with spiritual and mystical matters (Prayer For The Great Spirit). At this point, words are of more importance to the album because the band wants to tell a story to the end and finish the trilogy. From that part of the album, my best composition is a song Wakan Tanka which has some vibe from Judas`s Nostradamus album. Beyond that, the band does not play much similarly to big names of rock/metal scene.
The Great Dance Of The Spirit features regular singer for the band in the person of Karl Faraci whose vocals very well fit in the music of the band. However, a bassist vocalist Roberto Tiranti does some singing in songs as well.

The album was recorded with the imagination that the bands from Italy are known for and I think Lucid Dream gave their best to make their music sound good.
​Tracklist: