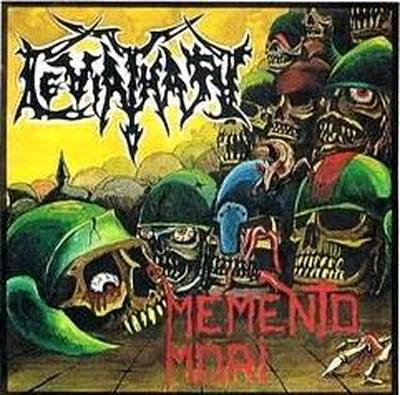 Thrashing Madness CD 2017.
​It`s time to blow off a dust from another old demo tapes, of course, restored and collected all together on one CD thanks to Thrashing Madness. This release is luckily the band`s entire discography as they never had released a proper full length album. Only demos and reh/tape which are all are part of this compilation.

Leviathan was Wroclaw/Poland based band formed in 1988 and the disc starts off with better quality demos which the first one is called Momento Mori released back in 1990. In fact, it was their first studio experience with the band but actually sound is very poor and today it`s more comparable to rehearsal tape than serious studio effort. Music on this demo is very messy with chaotic songs and insane vocals treating about death and things that were touchy, cruel and mentally malicious for people at the time in general. Leviathan  played thrash metal but most of the scene labelled them as thrash core band because of faster drum beats they occasionally have in songs.

From memories I have, this demo reminds me first tape of Thanatos (now Trauma) – Deo Optimo Maximo,  Thrasher Death classic demos and early German Necronomicon albums but all those were just much better bands than Leviathan.
​
Music is also very angry on this demo. I remember that bands from that time had huge expectations from what they do and even bigger from people that was not involved in bands directly. They could have band members kicked out from the band only because they have played something wrong for a seconds on their instruments or if you did not drink enough alcohol. That could be considered as wrong attitude...It was weird times just after the fall of communism so it was quite difficult for almost everybody in the country that had to  face democracy once again... 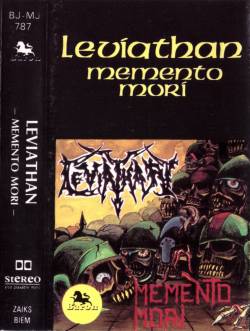 90`s studio demo, third time re-released on tape and this is cover for latest, 92` cassette edition via Baron records.
​Next demo is C`Est La Vie which was out in 1992 and originally released by Baron Records with pro printed sleeves and cassettes (old metal maniacs should remember that it was still a huge thing to have professional material out when a lot of people and bands had trouble to get even cheap xero copies of their tape covers to fill up their demo cassettes).

Still, this demo has a garage (studio) quality but this time they drastically changed a sound which is terribly bass droved and low tuned overall. This time I sense  some death metal influences in their music but thrash metal is was always present in this band and is like a dominating element. There is now way to say that any of Leviathan releases had more than just amateur sound. Even if “production” is different than on previous demo, it`s still sounds very bad and they did not make any progress with production so the band could be better received. 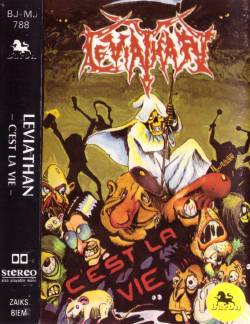 1992 Baron record release.
​The closing tracks for this CD release is a demo/reh tape which is Lewiatan`s 1989 debut release. I can only guess what representation this demo could have with better quality. I can barely hear anything here except maybe they were much closer to thrash roots and had Slayer influences and the songs were just as aggressive as possible and very mad. It`s very common to all 3 demos by the way but this rehearsal is just really down if comes to talk about any sound at all. 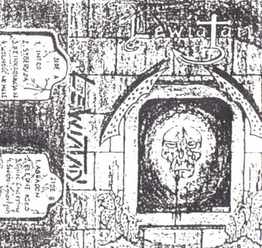 1989 reh/demo.
​Leviathan is a long time none existing band on the scene but Thrashing Madness reached out the old members of the band and talked to them about those times in Leviathan. As a result, you can find that conversation on the booklet of the CD. But it`s not everything they put here. The booklet is full of underground zine reprints, biographies and rare pictures, with older interview, too. I really have impression that I read a mini zine, even if it`s just a decent, fat CD cover&booklet.

It`s hard to convince myself that this band had any impact on the scene in Poland but from music archives and bookworm point of view, releases like this one should ever happen. 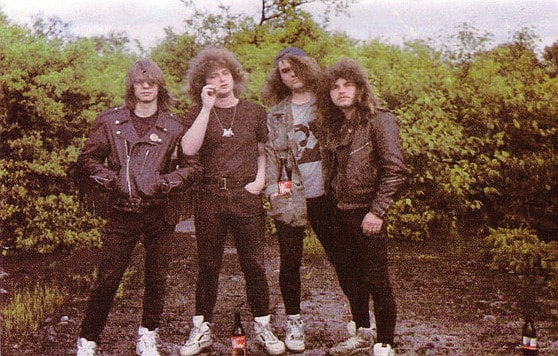