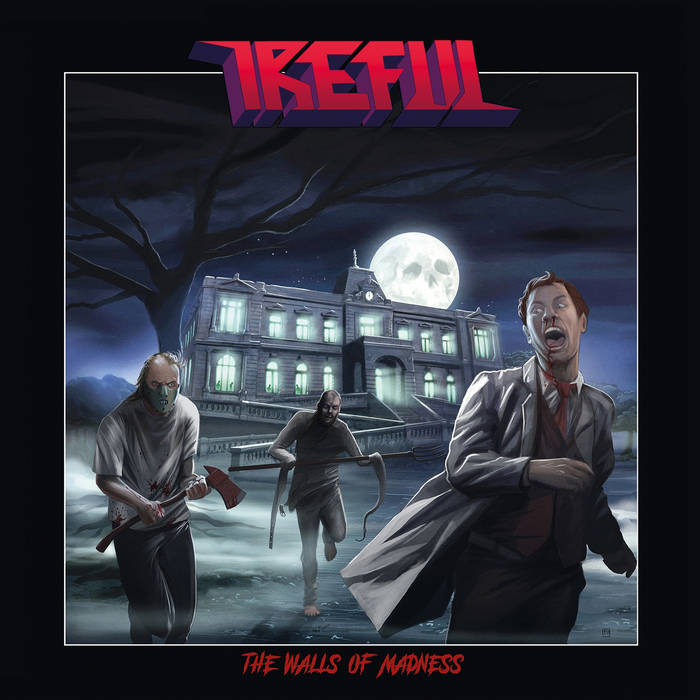 Lads and girls of metal. Italian Ireful just came up with their 5 tracks EP for Polish labels Defense Records/Mythrone Promotion (this version I own). They love thrash, I love thrash, and Ireful love thrash too. Nothing beats you more in metal than pure breed thrash that this Italian represent in their songs. Before I write about the music, I start off from studio production, which is superbly organic. Drums sound nearly like you were in rehearsal room with them, particularly cymbals and tom-toms sound pretty distinct. Guitars with its sharp sound are striking. Raw vocals are impactful to their thrashing style. They have not  polluted their songs with modern technology much, by which The Walls Of Madness sound old school, like first Sacred Reich album for example. Of course, the second reason they are old school is music itself...

They play like 80`s and early 90 `s bands. Quite few names come to my mind when I listen to their songs and these are Exodus - some rhythmic guitars by Ireful remind me their style. The other influences are early Metallica - many riffs have something of that Hatfield`s guitar heaviness with dose of melodies. Early Sacred Reich and Assassin have similar rawness to the sound and song writing as Ireful has.
Songs Panzerschreck and Fear And Loathing On U-96 measure raw energy of riffs and spread it between heaviness and aggressive guitar shredding. Rusty Nail is the fastest track of the EP, and with this one, they launch a missile straight between your eyes. The other fast and better song will be your executioner - Sicko's Short Fuse kicks ass all the way, but to be honest with myself, my favorite tracks are 1,2 which are middle-fast paced songs that compile a solid song-writing with combat-killing riffs, adrenaline raising solos and rough vocals.

The Walls Of Madness is everything but pure thrash metal record, mixing European thrash (raw execution of songs) with Bay Area thrash (power and entertainment).
​Tracklist: