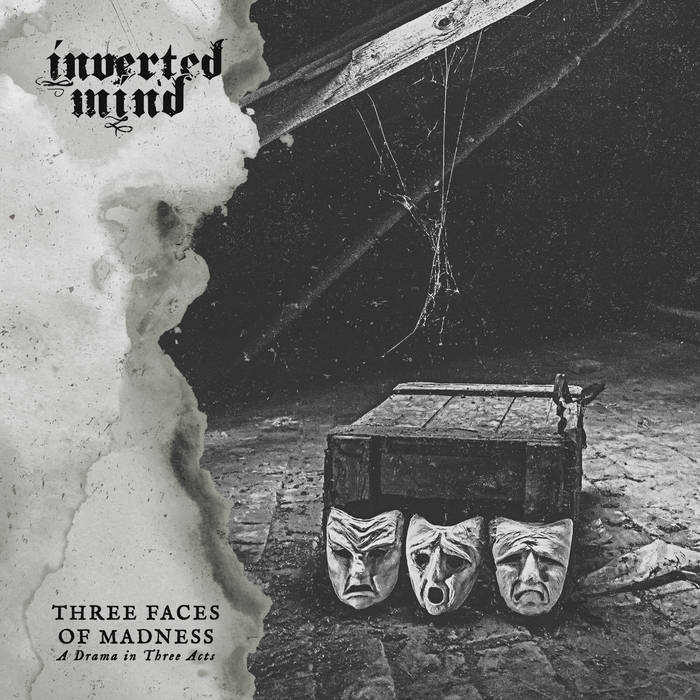 The newest album from Inverted Mind is divided into 3 acts: ANGER (tracks 1-3), PSYCHOSIS (tracks 4-6) and GRIEF (tracks 7-9). A dark lyrical content of the album is followed by very groovy and sludgy songs. The heaviness of music is sometimes disturbed by some goosy-fleshy post-metal guitar twists which lurk in the deepest corners of music. Album production has a polluted sound- no clean sound has been given to guitars, bass or drums. Murky distortions of these instruments made the music sound tense, obscure, cold and you do not want to watch your own reflection on the wall, at night, when surrounded by music of this band because the shadow you might see there would not be yours. Inverted Mind delivers creeps and deep cut wounds into your subconsciousness when you spine the album and let its nightmares take control over your body and mind! The songs are entertaining but only if you accept them as they are which are very dark songs, having a rusty and decaying  sound of no mortal realm.
The other extremities of the album are high tone screaming vocals (like idea of echoing vocals in song Nothing Left), and I like those tracks with guest where you can hear various clean vocals that underneath sound melodic and other times kind of experimental, but yes, actually experiencing it, is like hearing a next level in the progression of the band though.

From PSYCHOSIS act, my favorite track is atmospheric/hypnotic song Looking For Shelter. Discrepancy sound like Goijra playing sludge metal for a bit but I have nothing against such music connection.

In act III which is GRIEF, for me the top song is Nothing Left where both harsh and clean-melodic vocals sound best in the album, here the atmosphere of music devours you like a monster's slime but perhaps you might just enjoy this monster`s company...

Inverted Mind has needed a strong follow up to their previous record Broken Mirror and Three Faces Of Madness (A Drama In Three Acts) is a worthy successor of that album. It`s nice to experience with my own ears how this band`s music become more mature and hideous from album to album.
​Tracklist:

1 Ship To Nowhere
2 Goblet Of Fury
3 Rising Anger
4 Looking For Shelter
5 Discrepancy
6 Despair
7 What If
8 When The Fire No Longer Heats
9 Nothing Left
Review by Slawek Migacz
​Added: 28.07.2020
Order at:
​Defense/bandcamp