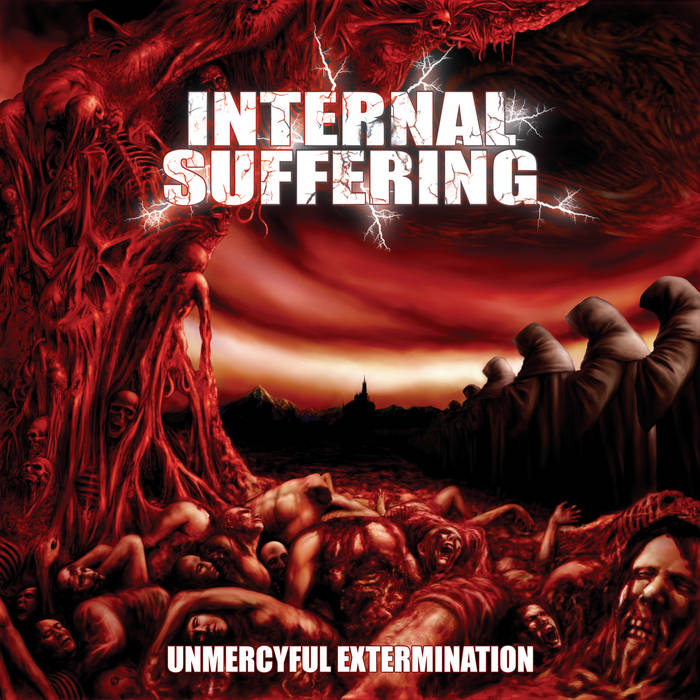 I`m freshly after reviewing their debut album Supreme Knowledge Domain, so,let this brutal vibe going on... Unmercyful Extermination is the EP from 2001 and this band just has been re-releasing their music over and over. As it was before, album was just released by labels Satanath and Rotten Roll Rex with extra songs added to the track list from other releases. Let`s get into it...

Tracks 1-6 - Unmercyful Extermination were re-mastered (I heard original release) and this newer sound quality is much better, louder now. Drums and guitars are tightened up so the music sound sharper and more to the point than on the first album for instance. This band doesn't know the word compromise for their music, so in the name of brutality (literally it's all in their music) they just destroy everything in their path with blast beats and hostile guitar riffs.

Tracks 7-10 were taken from the 2005 split and it`s the best material I`ve heard from the band so far. They recorded those songs in North America (in the meantime they changed drummer again!) and now, Internal Suffering sound like a serial blasts of atomic bombs (they do not chase for perfection in music or best sound). Drums are tuned with higher tone which I like and a drummer plays with certain accents in music as fast as a possible which sound pretty cool if you focus on his play. Vocals are not just brutal now but kind of torturous (not literally, but hey, check out eight song, this is how you take vocal growls to its boundaries in death metal-great!). Guitar sound is now more powerful (finally!) and this time their song-writing took more technical approach here, the songs are better written and go beyond brutality where obliteration begins.

Last 2 tracks are live songs. Very rough and bad quality of the recording brings nothing but chaos. Eventually, you can just get a glimpse of how they sound when playing live...but a guy behind a console there, he surely did not know how to set up their sound and he just screwed it up...

Recommend tracks - 7-10, also the first part of this compilation should be satisfying for die-hard brutal death metal fans out there looking for ways to get wasted.
​Tracklist: