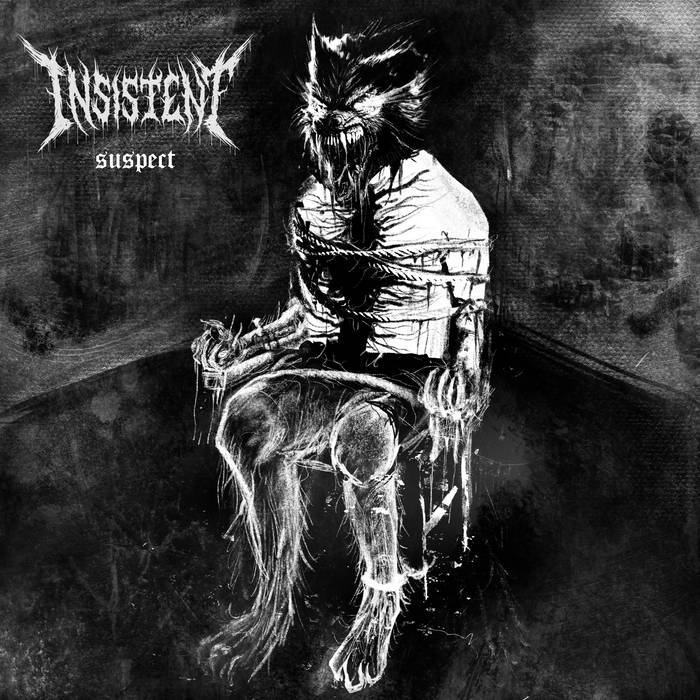 ​Insistent from Prague/Czech Republic, brings their new EP that sounds like geniuses produced it. Suspect was fully engineered in Davos Studios and they have done a perfect sound for Insistent on every level. All I can tell is that grind core can sounds perfect now, thanks to producer Jindřich Tománek, who recorded and mastered songs of the band.

The Suspect has a bit of everything in music that makes perfect sense for their songs in this release. And here`s how it goes...8 songs out of 9 are fast or furiously played tracks and every tiny detail in their music strikes like a lightning. Technical drumming is calibrated in a brutally-crystal sound of theirs. There are just few slower music moments but they are fulfilled with arsenal of bone-crushing riffs. It`s good if every release has one or two slow songs with heavy guitar groove, and this Ep has the one which is track Overdosed. Pacing of music is very well measured and balanced. Growls vocals as you know them can sound nothing but brutal and here you have it, plus expect extreme screams as well. Musicianship in this band is incredible and it`s another aspect in this band that works for greatness of this grind core record which however is nothing out of ordinary, music-wise - it`s decent record but, in the best possible meaning of the word. Their style may reminds bands like Terrorizer, Geist, Straight Hate but you do not get better than that in extreme music nowadays. Suspect is also modern take on grind core sound. So get ready for massive grind/death metal sound that is genuinely executed, and has some of classic grind core feel to it when comes to song writing. Basically when I turn on this CD to listen to, I don't even know when it ends. The band just plays their music too well and Insistent appears to me like a top class grind core band that tries to move on with grind core to a level where it sound as fresh as rarely before. I can`t write enough of how masterfully Suspect sounds for me while performance of songs by Insistent is intelligent and super intense. So, I stop here and urge you to check this band out.
Tracklist: