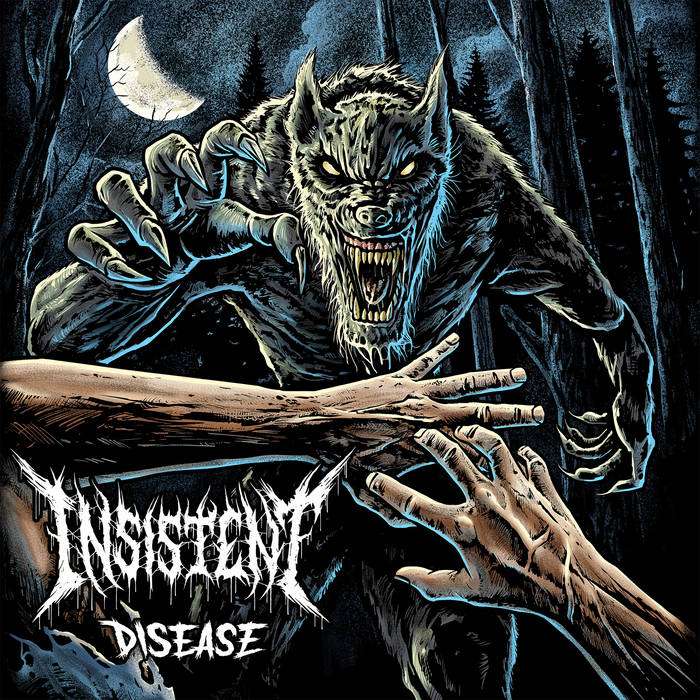 Disease, just as previous release of the band named Suspect (2019), was recorded in Davos Studios in Czech Republic. I remember praising production of that album as one of the best in grind core and I have to write that the new one  is nonetheless as good as Suspect.I think it is my duty to mention a name of the Disease`s producer, Jindřich Tománek, who once again has done excellent job as a sound engineer.

Disease sounds perfect. Drums are recorded with all tiny details, cymbals have a great groove and blast beats sounds very clear, which all massacre your ears until you bleed off pleasure. Production of guitars is kind of polished but Insistent just play brutal grind core songs and so is the sound of axes on this record. A bit indifference I like in Disease is crusty sound of bass that give music a crunchy and dirtier background. Disease is pretty severe record with usually short songs, very fast pace and deep growls. Better tracks in this vein are Disease, Friendly Fire, Why? (so good the hear even a bit of melody in the song). There are moments where I noticed some death metal riffs (Parasite) in this killing machine record, however not too much. If band does not play hyper-fast, they slow down a tempo of music and crush you by heavy riffs, just like in track Wolf Cult or Traitor - which is also the song that grind your brains with chunky riffs. Insistent does not bother to play nice and sweet riffs, they just hammer your head by brutal guitar shreds and over the top brutality. Everything here is played with technical precision, but it is probably not a technical grind core or something like that, just old school grind core with a modern, perfect sound.
​Tracklist: