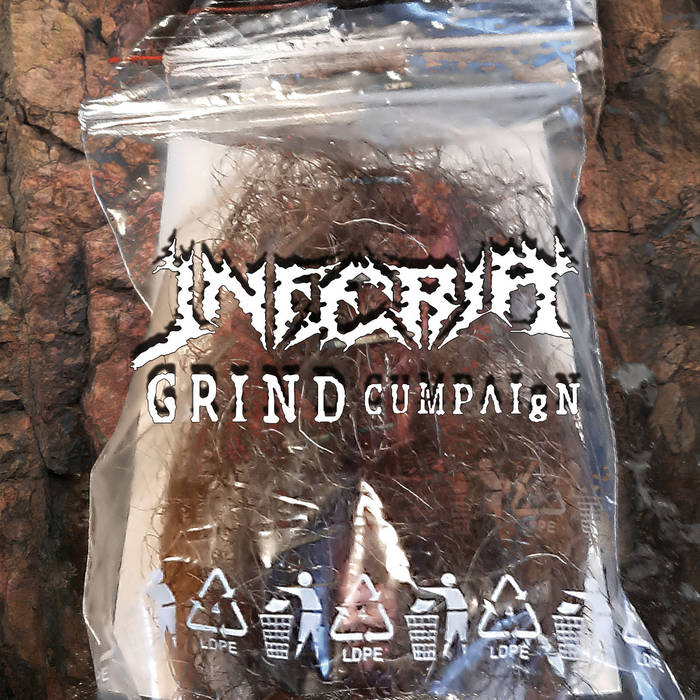 The longest track of this album is 2:36 minutes, but that doesn't mean it really matters.. Just look at the titles of the album and the individual songs to know that these Finns cum madness and sexually depraved grind, although there is just one porn intro :) and saxophone. So, the tracks are short but they condense a power and violence in them that burst out of my speakers like a burning lava. The album has insane blast beats where drummer really busts his guts to get to the limits of speed (or his). The guitarists do not stay behind and shreds with speed that kills. I can`t recognize words from guttural growls of a vocalist, but it`s grind core, and probably not the most important thing in the world when comes to this kind of extreme album like this one. It`s brutal, it`s relentless, and it`s one of the most violent shit that I`ve heard for a longer while. Grind core of Inferia is perhaps in its classic form more, but for modern fans of grind might be as well very appreciated. It`s not the point that it`s nothing new in grind core that those Fins deliver here, who cares about that when those songs just erase you off the earth and you don't care at all as long as they're good, destructive and deadly for your bad side ... I enjoy it, the menace of music, that excruciating and punishing momentum, and even those few heavy groove moments. Grind Cumpaign is basically about brutality and killer guitar shredding. I think extreme music can sometimes make us happy, this one certainly do this to me, however most songs of this record just drive me crazy. Inferia's music is as addictive as it is predictable, but in a good way, you know ... The album is the blast. For fans of Antigama, Napalm Death, Insistent, Brutal Truth...
​Tracklist: