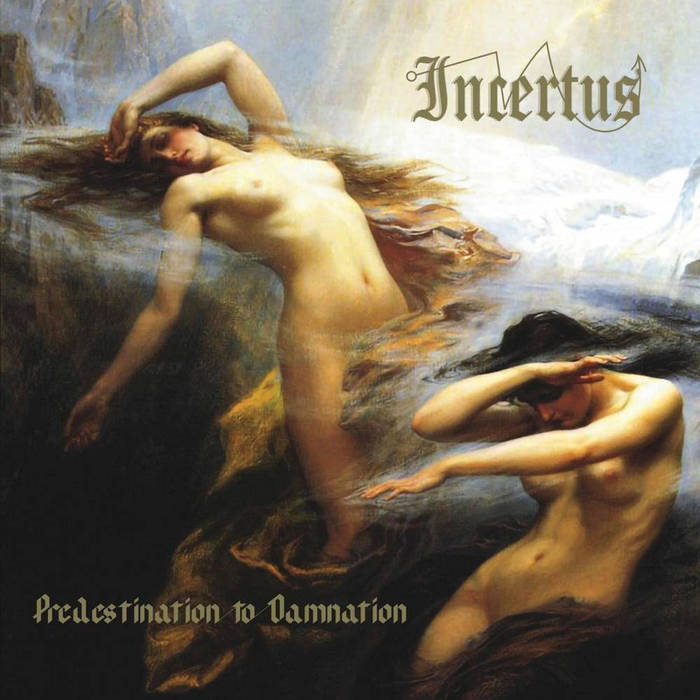 This is the album with a lot of influences from other bands, and I do not think that Incertus has found their own music identity yet, but first, let`s do some dissection of their songs for better clarity...

Album starts off with spooky organs and from time to time you will hear this instrument that sounds quite bizzare, like the Italian Bulldozer did in the old days for example...Predestination to Damnation is a death metal record, reminds me mostly the 90`s era and band like Autopsy...In songs Preludium & Ultima Necat and The Devil Takes Me Away, there is certainly some of that old school death metal rot to the sound and to their playing style. So, it surely is a brutal album but not that obviously, they try some rhythm guitars that sound more melodic, particularly in opening track and in Rise For Torment. You can recognize cover of Bathory - The Return Of Darkness And Evil by the music, but the way it sounds is more Deicide style. It is simple death metal album, without complex songs really. What is okey in the music, is a low tuned bass that can be heard clearly throughout the record, and by the way, the obscure growling vocals sound dark and old school also, just like is the overall production of the album. The other face of the band are black and doom metal influences, which are captured in heavier song called I, The Fool. In S/T track,they touch Bathory/Vital Remains style even more, which can be recognized by guitar play and vocals, which atmospherically sound just more dismal, but not miserably-like...The album towards the end becomes grimmer and darker - The Devil Takes Me Away, however, in the closing track - To Hell With Us, the band plays a bit more technical, but never really resigning from ordinary death metal as the force that is driving their music.
How is this album for me, thought?  Predestination to Damnation could had been released 35 years ago, and today, no one would see a difference between now and then, at least not that much. You know...piece by piece, the album is showing you off its death metal face and it`s rather not the face you would not know.  It`s for death metal fans who seek for no impressions.
​Tracklist:

1 Preludium & Ultima Necat
2  Rise For Torment
3The Return Of Darkness And Evil
4 I, The Fool
5 Predestination To Damnation
6 Postludium
7 The Devil Takes Me Away
8 To Hell With Us
Review by Slawek Migacz
​Added: 09.10.2021
Order at:
Defense Records bandcamp