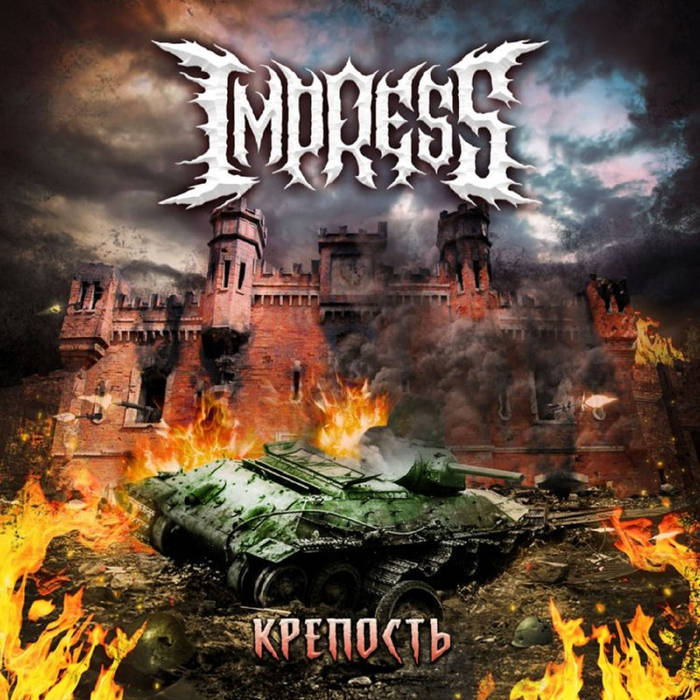 1. Okey, first track of the album. Impress plays here aggressive thrash metal riffs, and the moment when you almost know, that there is the slightly changed guitar lead from Roots album by Sepultura is just so good.
2. First half of the song is an energetic thrash, and then, heavy –Black Sabbath like riffs had been turned into the second half of the song, at this very moment the band sounds quite catchy. Just came to my head that Overkill does those "Sabbath" moments, many times on their albums too.
3. Thrash/hard core song, some groove and melodies from rhythm and lead guitarists makes me want to listen to this album! Vocal shouts stand for a chorus in the song. The album is getting better and better...
4. This track is more a crossover of thrash/hardcore (actually, it is also more of a musical character of the album). Melodic riffs/vocal shouts, tempo and musical ideas often change in music of the band.
5. They play here a crossover of thrash/punk/hard core/ which even does not sound awkward. Singer of Impress nails his vocals on the album the way it`s should be done - his vocal performance is vivid aggressive and imaginative.
6. Another superbly melodic riffs from the band, this time groove and heaviness is mixed with thrashier guitar shreds.
7. A more intense and aggressive thrash song, heavy guitar moment in the middle of track, I recognize some Bay Area riffs that sometimes pop up in music of the band, can`t help it - it is what fulfil my happiness.
8. ...Almost 2 minutes long song in style of thrash/death metal (nothing really obvious that what it is, because musical style of Impress is stylistically diversified). The least impressive song of the band, but I do not think there is a track on the album by which I would feel bad.
9. Осколки is consisting of some very originally played guitar riffs, which surprise me again by a fact that this band has there, in their arsenal of thrashy riffs, the ones that highlight some of their songs for sure. I think that vocalist tries to sing like a hard/core/rap singer for a bit, in this track, which is cool, but I would rather not like it, if they made it a habit in their music.  It`s catchier song, and again, good vocals here.

Subjects of lyrical content of the album is historical (war, sacrifices, ancestors) and shows social-political situation in Russia.
​Tracklist: