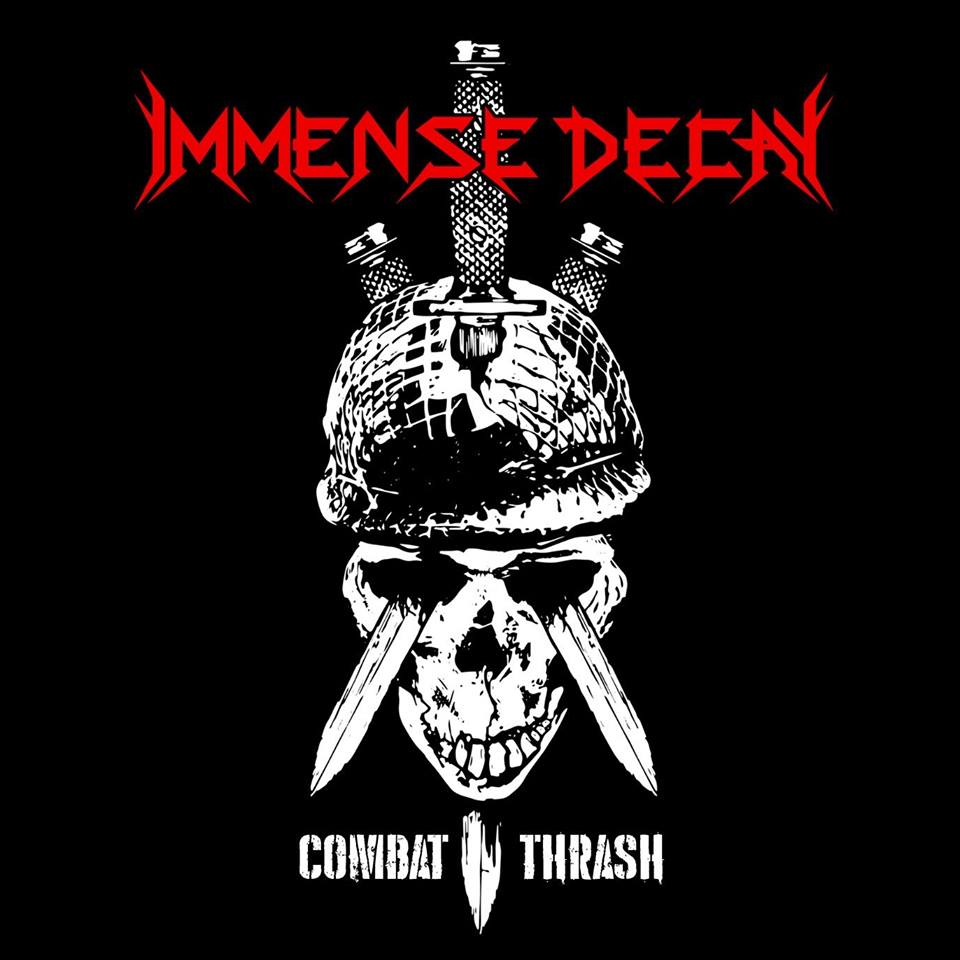 That`s it! Hop in the tank and let`s combat! Third album from Elblag/Poland based Immense Decay is undeniable fact. It`s really hard to believe that work on this album took so much precious time (2012-2015) and the album has been released just now, but three years after it was recorded. What a waste of time from this absolutely brilliant thrash metal band!

Despite too flat production of the album and luck of juicy sound, the music itself is what I`d like to call as an ideal thrash metal. The songs are fast and aggressive but they nicely keep some melodies in and songs are composed of very tight and concrete tunes. With this kind of vocalist who is gifted to give Combat Thrash a natural threat, they are fully armored and dangerous as they were some Special Forces unit. It`s just encouraging to  play the album and imagine how they would run through enemy lines to make sure that everybody gets deserved bullet. I`ve got constantly good news about this album for you all and I do not think Immense Decay has any weak spots.  Fuck everybody else who would think otherwise because that`d be wrong for them.

I am sure that album title perfectly reflects what is happening in this album. Fast guitar picking in Totalitarisator and Fuck The Peace Inside sound very intense and the band has this restless, instrumental battle attack of music attitude, like Exodus or Destruction. They do not think to stop for a second and bring you intelligently compiled songs of speed and violence with piercing solos on top of it - that`s how Paint It Black track sounds but also furious and unstoppable. I would kill for evermore songs like Unholy Hymns Of Decay because this one combines catchy riffs with melodies and they deliver almost non –stop thrash metal onslaught along. Allow Me To Kill is another compelling track that has more fast and mid-pace rhythms combinations with striking guitar shreds. It just sounds killer music wise, as everything else in this album. Better believe my words or die in doubt!
​The other songs from the tracklist below will obliterate you from the Earth as good as those ones already mentioned by me. I can give you good explanation why. Combat Thrash album in its glory is the stronghold of good musicianship and powerful riffs and they were talented enough to put all elements together to give music one perfect sense.

I send best regards to IronMan for his guitar and vocal performances he gave to all these songs. For me,
this release is a thrash metal masterpiece for any reason why people love thrash metal.