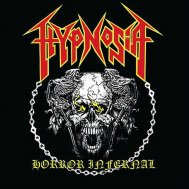 Hypnosia -Horror Infernal - I Hate Records CD
A name Hypnosia back to me some time ago surfing an internet. I haven`t heard from them round last 2 decades when I noticed that they`ve been disbanded. -Horror Infernal- isn`t back to activity by the band but compilation album consists never released demo tapes on CD, debut mini album and some studio-live covers. Putting -Violent Intensity- on this CD is in my opinion inaccurate and cannot be treated as reissue to 1999 original release of Iron Fist. Very rare these days, though. First two demos are absolutely crucial for this band , highlighting –The Storms- as best off of the band. After this recording all further releases, despite their better production never reached speed, rawness and sick intensity of that demo. If you are a fan of old school obscure thrash as well as the band then you could be glad having this CD in your collection.
Review by Slawek Migacz 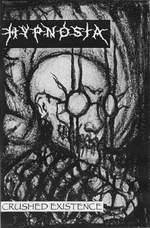 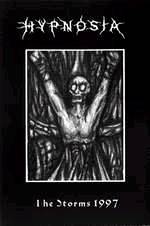