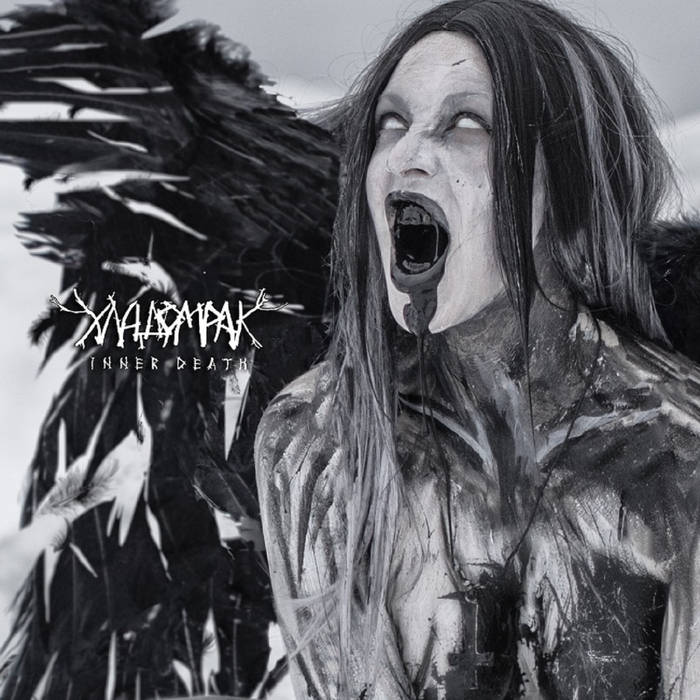 This material had been released in 2018 on cassette format, so it`s not the newest opening from the band, but it is, if you care that Inner Death is first time released on CD (2021) by Russian label More Hate Productions.The EP is a creation from three musicians: Evgenerator on guitars, vocals, Dipa on bass. and Freddy Ortscheid on drums. They are based in Stockholm/Sweden and you can be certain that production of those 5 songs is solid.

I already have reviewed their album Arctic Hysteria and as you know, black metal scene is quite crowded, but I particularly remember Hladomrak as the band that possess very special (rather not unique, or very original) approach to  second wave of black metal, which is creativity.

What I praise in their music is incredible craft, guitar dissonances and frosty riffs, which all sound the way that music can get you frenzy from excitement. A masterpiece track on this record is Northern Days - catchy guitar harmonies, freezing riffs, some melodies sound superbly well done, and instrumental structures are mind blowing from start to end. Still, it`s extreme metal release, where cold riffing (Vicious Circle) reach its pinnacle points, rawness of sound is purely black metal as it should be, and where moments of guitar groove is eruption of heaviness. Spirit Of The Forest has some menacing black metal riffs and it`s not their newest track - you could heard the song on their earlier album already. All songs of Inner Death are frankly very well composed, but in my opinion, last two tracks are more in the vein of older, second wave  black metal, first two songs that open the EP sound more mature from that point. Cold Soul, Dark Mind is fast, ferocious and intense song, although there are many pace and musical changes within the track, more detailed and more absorbing my attention perhaps. My second favorite track is Irreversible Past. As all the songs here, it`s another crafty track , high pitched guitars and vocals dominate this record, but in this song, the blazing riffs and swarming dissonances sound really good, a bit like in the track Vicious Circle (another top song of Hladomrak that builds my faith in black metal).

Highlight of Inner Death is the track Northern Days, if Hladomrak think to level up their game, they need to follow the music paths of the song, but anyways, I still like all other songs for creativity and for 100%, Scandinavian black metal sound.
​Tracklist: