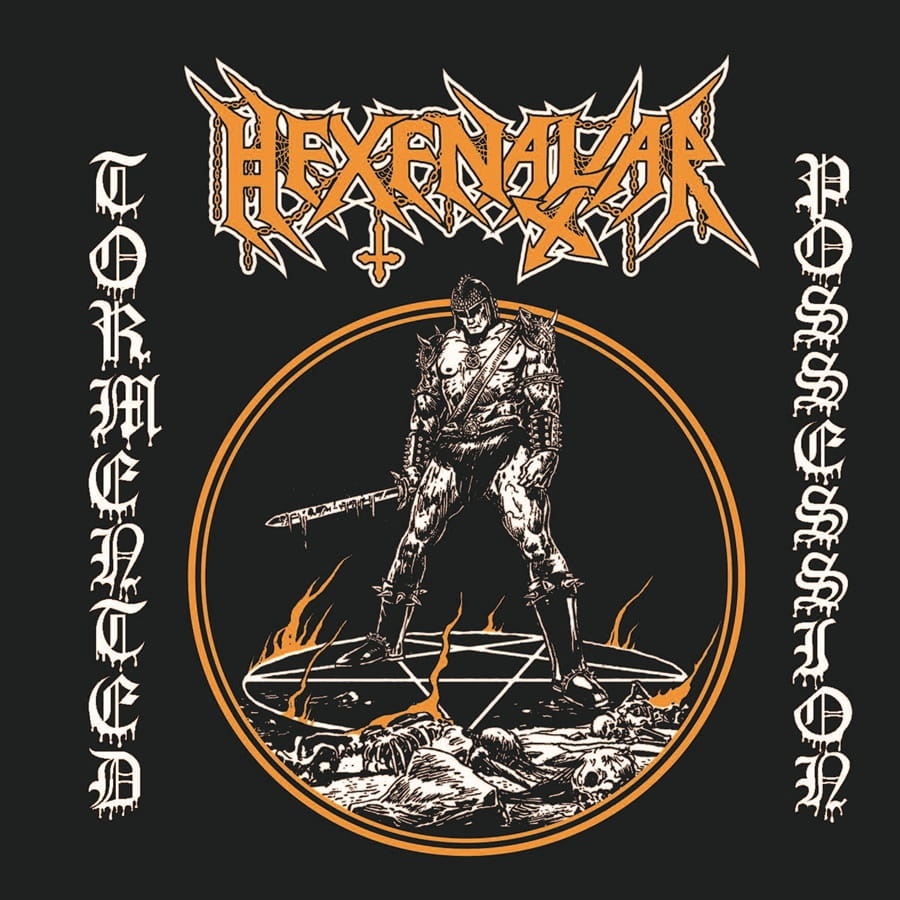 The new plague and sonic decay of the Polish scene is Hexenaltar!  It is an 4 tracks EP plus intro. It`s an explicit musical path that this band has taken for itself. Hexenaltar spreads destruction and damnation in the form of old school black/thrash. If they had existed in the 80s, many would called them a death metal or black/death metal band, but anyway...The severity of sound, its pollution and putridity,  also primitive, instrumental approach of Hexenaltar to their song-writing, it`s how they sow the fruit of evil in their songs, it`s how Tormented Possession is a face of mockery against modern metal and its artificial sounds...

Everything on this album is a simplicity, roughness and it`s a total metal eclipse (dark, uncompromising and fast black metal that always strikes like a beast). The metal riffs are a clash of early Mayhem and Marduk, a thrash metal motorics remind me of early Sodom. Barbaric music and vocals are alike Canadian Blasphemy, which all work fine for the infamy of Hexenaltar.
Listen to the beats on this record, a drummer uses cymbals and snare drum relentlessly , but I am not sure if I can hear tom-toms in the music, which shows a totally garage or cave playing style here by the band. The production of this EP is like it was in demos from the 80's / early 90's, where the shit quality of the recording was sometimes proper and desirable. I would describe songs of the band, as the oldest, the most primal in its instincts, putrid black/thrash metal tracks that I have heard this year. Love it or hate it, it`s not for everyone.
​Tracklist: