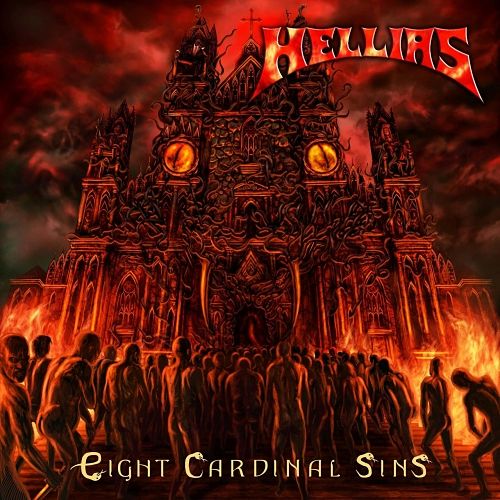 Hellias was there before ...And Justice For All, before Extreme Aggression, before Arise, before Oddech Wymarlych Swiatow and even before South Of Heaven. Yes, this legendary Polish band was formed in late 80`s when expansion of thrash metal was really huge worldwide. All greatest and classic albums from those times are already on pages of many history books about metal but so many deserve just that. I want to get opportunity to dig up more albums from Hellias and write about it. For many Polish fans, this band is as important as Kat and they have a few crucial albums behind them that just has to be write/scream(!!!) about... There`s some pretty good and obscure music in those releases...
Looking back a bit on past of Hellias...They did not make it bigger for themselves during those 30 years to be better known band, at least from my point of view. But I am not here to search for reasons of that...

Eight Cardinal Sins is their newest, 2017 album and wow, it`s been like 30 years since they put out their debut demo, right? Ok then, it`s how they do with new music...

I have few key words describing this album and Hellias. Their music is smart and maturity of songs is out of question. They keep very thrashy and aggressive shape of the tracks when they need it but also define their style by adding up some atmosphere to the songs. They play heavier riffs to build up special climax of the album but they also have few fast and energetic tracks to keep up with generosity of modern thrash. They have this special connection between new wave sounding thrash (like few last Kreator albums) and old school sounding metal like Despair, Testament and Quo Vadis PL. Throughout the years they have learnt disciplines of thrash so now, they hit with excellent guitar rhythms, superb solos and few technical twists which are very cool for diversity of songs. They have tempo changes throughout the album, balancing mood of music so every song is just different from each other. Cover AC/DC says they have a vein of hard rockers and their version of Sin City is very refreshing. Vocals are bad tempered, a little creepy which matches the lyrics that feed off on dark reality, false religion beliefs and corrupted minds of society. Hellias has guest appearances of other vocalist from homeland bands like Cemetery Of Scream, Holy Death, Virgin Snatch and from two 15 years old kids...They all support Eight Cardinal Sins just fine.


The album has the common ground on the field of sound and production which is OK here, maybe except drums that sound a bit off/like beating a wood against the wood. But overall, sound is pretty decent, almost what they needed and I have no problem to enjoy music at all.

For me, ECS has the core, character and the essence of everything what`s best in Polish thrash and that`d be your ninth and deadly cardinal sin if you do not have it next in your hands. 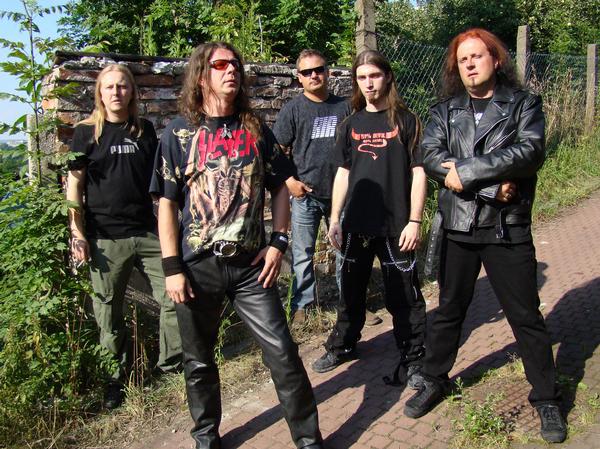