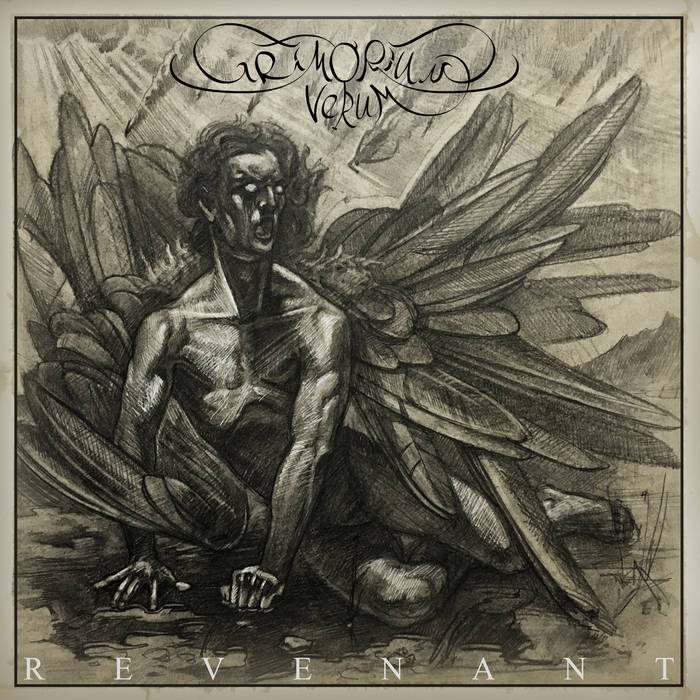 The core of the band is based on 3 musicians. Additionally, the album was recorded by another 4 session folks, so in the whole recording process were involved many persons. Grimorium Verum is Russian band and if I am not mistaken, it`s their fourth album already since 1996.

This is partially blackened death metal album with very ferocious and enraged (Hate, Dargonomel) guitar work. The sound of guitars has not that typical, harsh tuning as it`s normally preferred in black metal. Instead, Revenant`s production is more polished, with death metal edge to it and I think they engineered the sound quite well,  in place called Dead Witch Studio.

Thick and technical drumming arrangements in songs are impressive. They mostly slay by blast beats but it`s not that they only play fast.

The main vocals sound closer to black metal but you can hear hints of death metal vocal extravagance quite often. I counted a total of 3 people who are performing as singers on this album and those varieties of vocals are very special on this recording where I found my shining highlights. One of those many cool moments are clean vocals in songs The Light Of Dark Father and The Great Serpentine Saint where vocal quality touches almost as high as pop vocalists, which I consider an advantage. I think this connection between symphonic elements and death metal have found its good synergy in this album. The sound is dimensional but still, it`s pretty rough record.

​For the needs of the record, the band used some skills from people who play keyboards. Thanks to them, the music is also as rich in arrangement as vocals and all that guitar/drum stuff. Symphonic ideas created on keyboard instruments go often simultaneously with orchestral arrangements which make album sound powerful with amazing musical splendor.  You can hear some great orchestrations (Dimmu Borgir wise) that sound almost like angelic choirs (The Born Son Of The Devil, Blind Faith In Nothing, The Resurrected On The Devil`s Hands). The album consists of 10 songs and now, I can actually tell you what this album is really like, as a whole piece. When disc stops playing, everything becomes obvious. Here you have very symphonic blackened death metal album that is ominously melodic sometimes,  as well as furious and surreal, and it`s all sound very good.

01. The Born Of The Devil
02. The Kingdom Of The Pain
03. The March Of The Northern Kings
04. Blind Faith In Nothing
05. The Light Of Dark Father
06. Revenant
07. The Circus Of The Dark Illusion
08. Sacred Temple Of Blood
09. The Great Serpentine Saint
10. The Resurrected On The Devil’s Hands