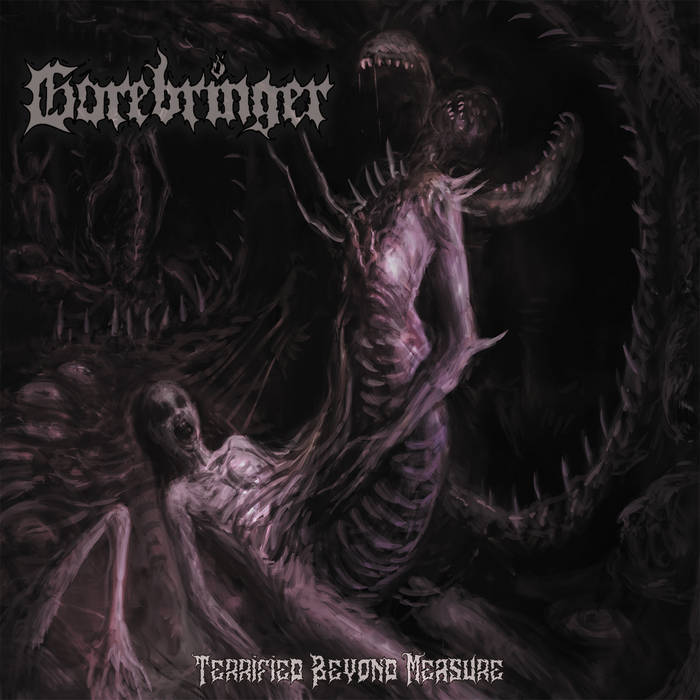 Gorebringer goes for death metal internationally. Its core consists Kaz on guitars / bass, Serpent on vocals, and 2 guest musicians: Polish session drummer Krzysztof Klingbein (also known from play in bands Deathspawn, Elegis, Sarmat among many others), and Burak Ulugüney  who tracked down keyboards & synths in songs.

Gorebringer is not a brutal death or slamm death metal band as the name of the band might suggest. At the same time, it is for surely a very death metal project which, unlike many other bands, plays super melodic death metal songs. Foundations of their music is based on fast, tight drumming and demolishing kick drums ( The Evil Ones) of modern sound that are computer digitized,  which gave less organic production to this album, although real play by Krzysztof is essential in songs. Vocals are embedded in the low and higher vocal registers (Carcass style if you prefer).
What I like the most in their music are melodic leads, technically very well played, interestingly developed, sometimes like in technical death metal. Those elements certainly builds the character of this album, which reminds me fragmentary the music of bands like old Dark Tranquility, In Flames, in songs such as Terrified Beyond Measure or Necro Mess. If you listen to some melodic guitar passages thoroughly, you may find out that this band sometime play similarly to power metal bands, like in track titled Man To Beast. It is strong point in their music, considering that Gorebringer is surely death metal band, heavy and power metal elements balance their songs between aggressiveness, intensity and melodies fine. Album features guitar solos, some synthesizers, however it consists of death metal songs first (Fleash Feast), without going into mood by them. Gorebringer maintained relentless and very fast songs for this record, although A Blackened Circle is a heavier and bit more atmospheric track.

Terrified Beyond Measure is good death metal album that feels like was done by the project, not a regular band  that probably does not meet often in the rehearsal room, in full line-up, if ever.
​Tracklist: