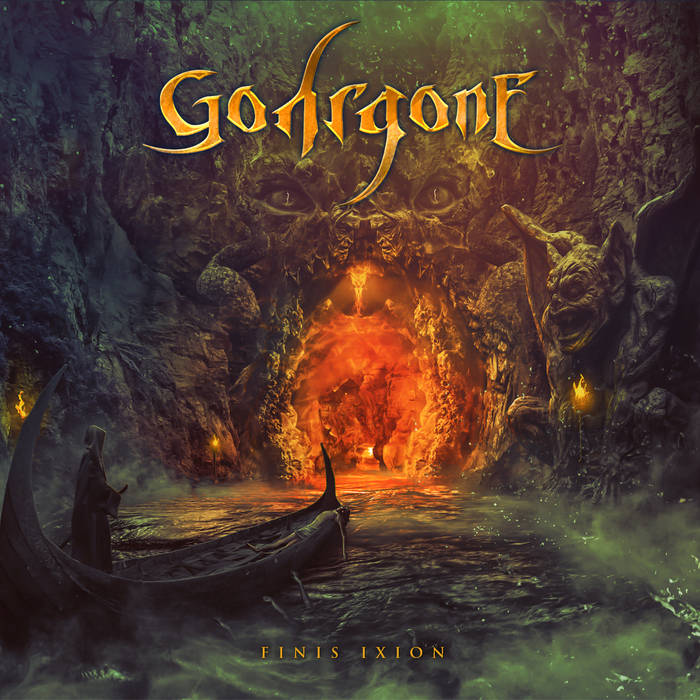 You read; Great Dane Records... then you know that another death metal album is about to bang  your head, in front of turned up speakers.

Gohrgone is waving a groovy and massive guitar sound that pressures the incredible heaviness for the songs. Average pace of the album is placed in the middle, occasionally exploring condition of faster tracks. This Paris/French band courses their music to reach certain atmosphere, creating very profound sound and effect is just crashing. Gohrgone delivers deep vocals and disturbing, soundtrack related-mysterious orchestral parts which I think are amazing but appear just very few times. The band used a help of Atilio Mateucci (electric harp), Jesse Ahman (cellist) to close the album by their work for the song Tides Of Despair. Unbelivable great orchistrations from those guys who are not in the band on a daily basis.
I will go with Bolt Thrower and third Nocturnus to give you an impulse of how this album is like for me. My favourite tracks; The Ember Grave, Erynies Modus Operandi, Deception`s Cloud (!), Tartarus Punishment(!) and these are embracing Finis Ixion the most
Nonetheless, this is very consistent death metal album and listening to it from start to the end makes the only sense, to understand how good album it is.