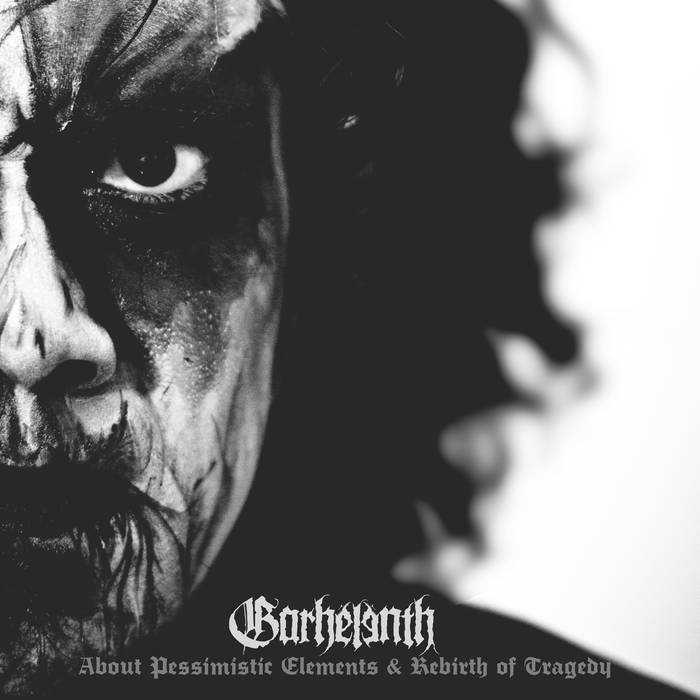 The one could be a little confused about where the band come from because a short info I have about the band states that the band is from Armenia and early from Iran/Georgia. I would be more interested to know where originally the band was founded etc. Not that it is more important than the music but 2 guys who run a band could not be born in 3 countries at the same time, unless there was a different line up in the past or circumstances that I do not know about...

This album is about black metal - misanthropic, dismal, deepressing, philosophical - inspired by German literature and Persian myth. The song Destruction Of The Will has simple rhythms that starts off to spread darkness of the band but in the middle of the song they sound almost like Mayhem (Freezing Moon) which you can recognize by the guitar riffs they play here. A similar song where you still can find obvious north black metal influences is a one called Self-Humiliation.

Vocals styles are classic black metal but with little clean chants which they use periodically throughout the album.

Foolish Conscience is totally different track. They used again – few simple riffs that last for few minutes but the nature of music is black thrash which is pretty cool how it sounds in general. They follow this path in Moral To Pessimist song which is probably the pinnacle of the album when comes to enriching the music with many interesting, melodic guitar riffs in a realm of black thrash metal.

In song To Impersonal Mankind they track down 2 independent guitar lines which really work for me. It`s good moment of the album until they changed the course of the song which probably was not best idea to do so.

The last song is composed of basic and pessimistic/deepressing guitars but they have better tracks in this album than this one which for me are songs 3,5,6.

The only thing I hate about the recording is a sound of drums – probably programmed which have a bad, artificial sound of the machine beats. It certainly has no organic or natural sound at all as they suppose to produce it which is a failure of the band that claims their purity for being a true black metal band which is what the adverts try to say so hard about them. The album have ups and downs for sure but still, it`s decent black metal album which music was written back in 2010 and I wonder how the are now with newer songs.