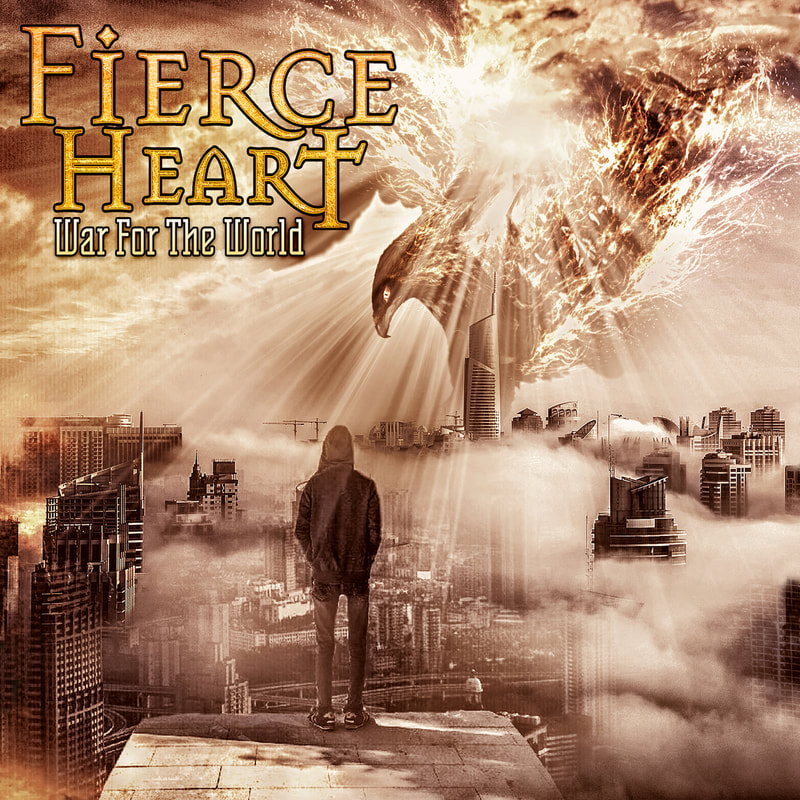 Album starts off with amazing guitar solo, which not just showcases that this band has talented musicians, but it also forecasts of what is to come, which among other characteristics is a nice flow of music and interesting songs writing. As I found later, it refers to singing too.  I`ve spun the album a couple of times already and album is a modern take on 80-90`s hard rock.

Top song of the record is a beautiful ballad - Lost Inside Your Love. If you have forgotten how love used to be, who knows, this song might bring that forgotten fire back to those who wants it.
Songs usually have high, melodic vocals (Long Time or my other favorite track when comes to it, is Just Got Lucky). The band also performs many guitar harmonies (War For The World) and there is a heavy riffing, mid-pace song such as Out For Blood. My mind has tasted incredible variations of guitar solos on this album - there is sometimes more than just one delicious solo in many of their songs. This record has some cheesiness – either to music and life inspired lyrics, just enough to ease the music and fairly enjoy many of those tunes and sories. Faster track with sharp riffs and dynamic vocals is Built For Speed, which deservedly opens the album with vocals and over the top soloing. Bad Child is a kind of glam rock. Rest My Bones has a moment of acoustic ballad, although the song turned out to be the heaviest track of the album, I think. Love those hard rocking heavy riffs here and groove.
​If you like some AC/DC vibe, last track of the album might interests you for reason of how some guitars are being played here. Album also for fans of Bon Jovi, Saxon, Aerosmith, Def Leppard...
​Tracklist:

1 Into The Sun
2 Built For Speed
3 Out For Blood
4 Just Got Lucky
5 Lost Inside Your Love
6 Power To Rock
7 Bad Child
8 Rest My Bones
9 Long Time
10 War For The World
11 Road To Nowhere
Review by Slawek Migacz
​Added: 19.03.2021
Fierce Heart music video and order links at this location.
Purchase the album at http://www.darkstarrecords.com/