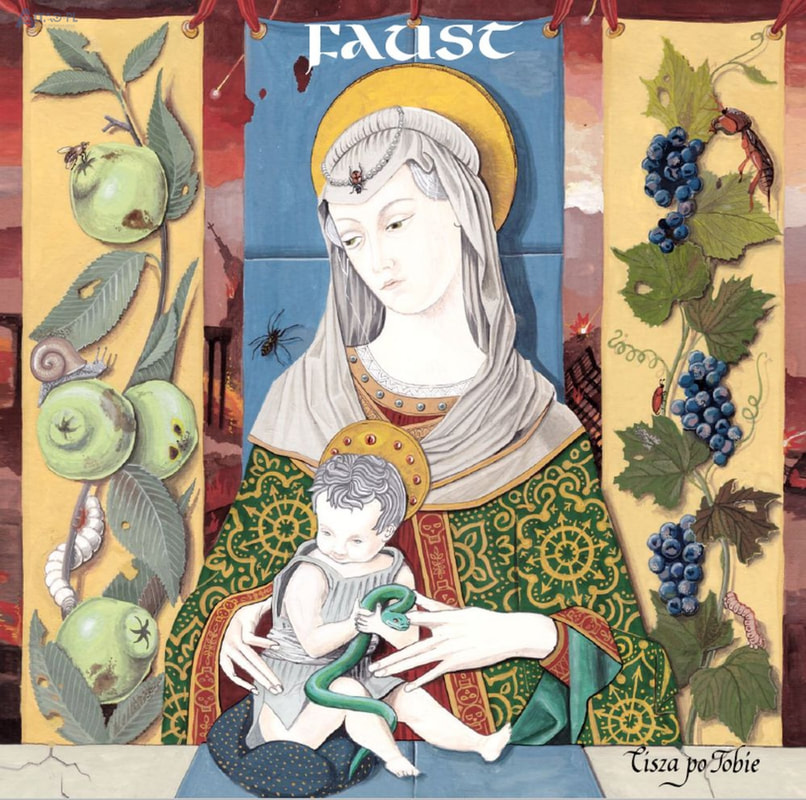 I remember Faust from the old demo-tapes days. The album Cisza Po Tobie is my first reminder about the band since those times, although I realized that Faust has already released several more releases in recent years, so I think it's worth listening to their music, just to find out how they are doing these days...
The album starts atmospherically, kind of disturbingly, with sympho-operatic vocals, crows squawk ... It comes with doomy, nightly and thrill sensations, really great... The album features rare instruments such as Plock Fiddle, Kobyz which sound uniquely through out the album.
The second song is more death and thrash metal, and this album swims on such waters, although it would be a big simplification to write that their music is only that. No, the album is deeper in its form and musical expression. The song in the beginning is dynamic-death metal-like, with a melodic thread, in the second part, they  turn music into a slow, monolithic metal that builds up atmosphere upon death doom style, with good male and female vocals - the second ones seems that are inspired by Arabian or Turkish music, which sound profound and spiritual.
The song Pokocham Tę Cisze Po Tobie - after a great beginning on one of those rare instruments I mentioned, the track becomes a fast death thrash metal -  guitar dynamics are sharp, a bit like in Vader, although I think that the band is closer to bands such as Iscariota or Saratan.
Then there is the song Pogarda which in spirit is a bit reminiscent of Kat's accomplishments, but Faust is a creative band and there are not so many similarities to the two bands to care about it. A song with many changes in pace and dynamics, plus a nice chorus that you can shout out with the band when you are angry.
The album also features keyboards (old school sounding), this is how track entitled Iskra pod śniegiem begins. Then it's fast and even brutal, and then there is the interlude of nice female vocals and then it's back to aggressive and brutal metal playing with atmospheric keyboards. I don't know what instrument ends the song, but it's stunningly good, sounds bleak and depressive maybe but beautiful at the same time.
The next death / thrash metal torpedo is Jakbyś gryzła żwir. Speed on guitars and drums opens the gates to your personal hell.
The album ends in a folk style (Zdążyć przed deszczem) - the song is inspired by the music of Robert Dwyer Joyce and... I am willing to praise Faust for their musical horizons and open mind for no-metal inspirations that they brought to their music. Good album!