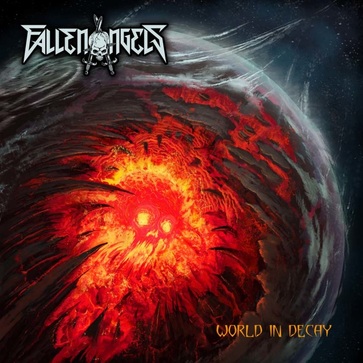 The band is based in Seattle, WA and previously have recorded 2 albums Engines of Oppression (2010) and Rise from Ashes (2008) for Metal On Metal Records. On August forth 2015 there was a release day of World In Decay so I think it is lasting long new. I am pretty happy to switch my forthcoming reviews to thrash genre as it is certainly one of the most in your face music out there.

Very nice artwork of this album created by Dusty Peterson is strong introduction to 8 songs that are damn true to that cover that one of interpretation could be; planet is going to self-destruction but not necessarily showing off some solutions in their lyrics. Basically we all like to watch some beautiful  creations same as we like to destroy them after all to dust, are not we...

Fallen Angels is thrash band in general but their inheritance is also  heavy metal, successively fits mostly old and modern metal into attractive song forms.  WID balancing high wings of legends of metal like Exciter, Judas Priest,  Forbidden and it is still very Fallen Angels style. Opening song The hammer`s blow have all that speed, great multi  guitar solos and rhythm that makes me go into this album from start. Next stop – Nightmare, very thrashy song.  Forsaken existence is pumped up with melodic riffs and vocals that growing my interest in the band. A bit ballad song and super super catchy. Leading the blind is focused more on heaviness.  Fire at Eden`s gate is also acoustic presentation of the band and after while thrash booms again. As most parts of this album Into the abyss is Bay Area oriented and I never go wrong from there. I`d like to nominate The hour of the time as the darkest song on CD and the closing Mortis ex machine is different like punk heavy thrash... Wait, there is hidden track not mentioned on the booklet and this is ...Brilliant album people and I wish I could see this band touring ASAP. 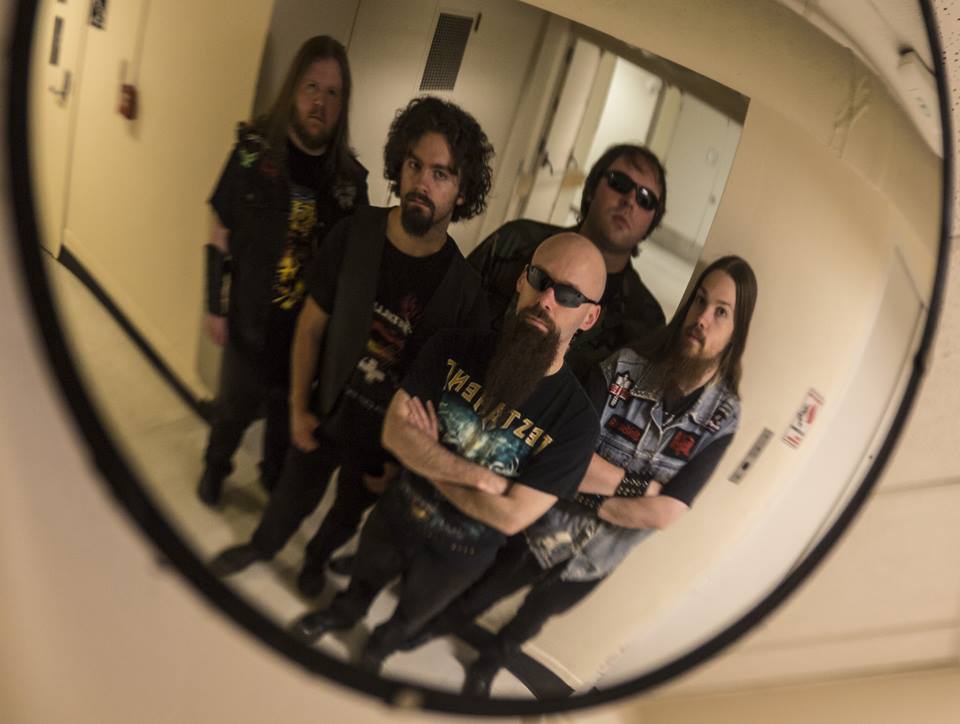