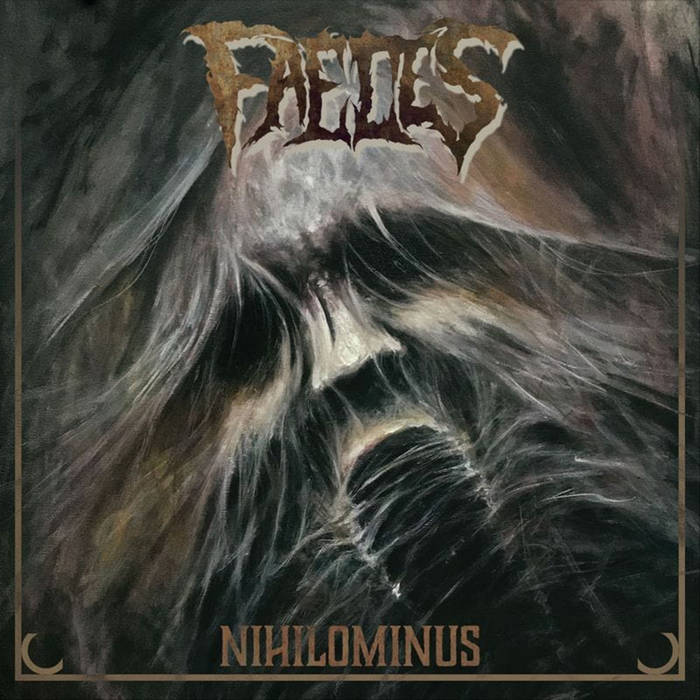 I was not listening this band for a while, but I know their music for 20 years. I had seen them live playing in Cracow, few years ago, so their band`s name stuck in my head. Nothing better can happen than new album and new music, which refreshed my memory about them. Faeces made huge progress since I last heard them. Nihilominus is a mix of everything brutal, songs have some reminiscence from classic death metal (Suffocation) and modern one (Cattle Decapitation), but initially I though that the album might be different after track Antifaker, just before next tracks jumped in... Opening song is a mixture of grinding death metal/death core - a bit of everything from these (sub)genres in one track made me think that maybe music will fall sideways causing chaos, but no. Slowly but surely a trajectory of this album was about to be set toward more specific directions...
Despondency is still intense as fuck brutal death and before technicality hits, they present more complex and groove death metal song titled Company Of Cold Skulls - from is middle part they sound like flesh and blood technical death metal band (nice!). The band is strongly rooted in brutal death metal in general, but this song makes impression and impact for the rest of the album somehow.
It`s a case with next track tiled My Demons Are Dead, which is already more purified technical death metal composition that consists many twists and solid guitar solos. Unbelievable, what a change, in plus, is when you listen this track and compare i to the second one on the album for example.
Slower song Infirmity is still brutal but little more melodic, complex and maybe has its progressive moments. They play pretty cool riffs here that get shape of Death and old Dark Tranquillity, in other tracks even Cynic... Nothing obviously sound the same, they just smartly injected their songs with some better known, classic death metal moments, so - good for them!
Combination of progressive and technical brutal death metal with audible bass is all in another very good song of theirs, which is Burn In Disgrace. Both guitarists craft and delivers fast and intense riffs, like sort of upcoming catastrophe, which hitting really hard. If you could see my face right now, you would see a big smile of happiness on my face, that`s because this band`s music is addicting and well performed.
Track Fury keeps good level of brutality and quality that are both in music and in production of this album. It is amazing to witness how Faeces grows from track to track continuously and keep playing excellent piece of extreme death metal.
In the beginning of  Decayed Liver the song contain some super original riffs and later is exactly what you'd expect - their compact, technical death metal gain more brains, they keep twisting their musical paths, but sensibly, and the fun is better than I expected.
Bravo Faeces, this album is a total surprise for me. It`s both old school and new school of technical death metal in one album which created their music a perfect balance!
​Tracklist: